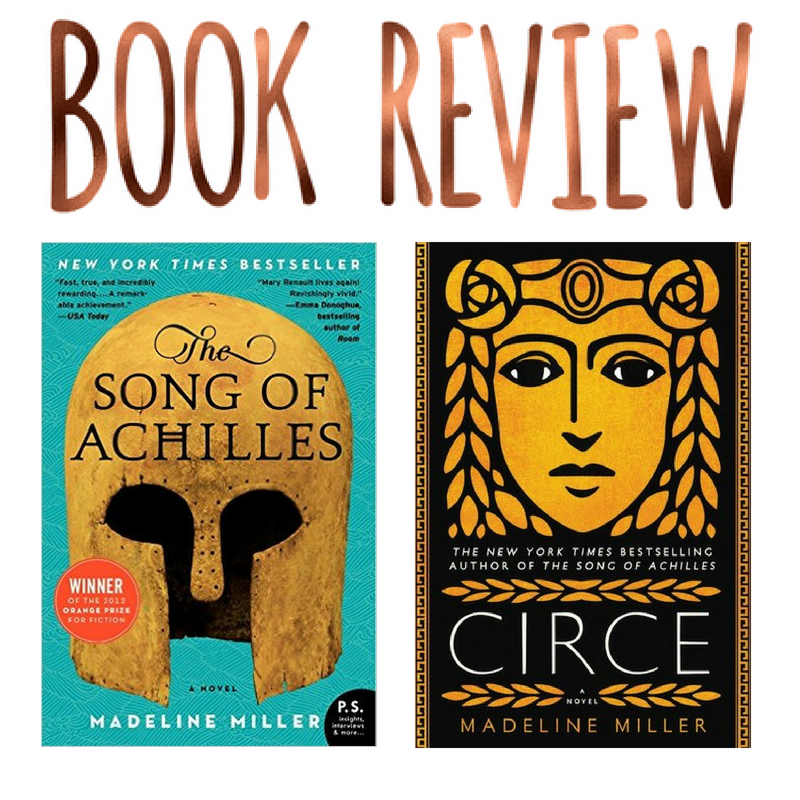 The Song of Achilles by Madeline Miller

Goodreads Summary– Greece in the age of heroes. Patroclus, an awkward young prince, has been exiled to the court of King Peleus and his perfect son Achilles. By all rights their paths should never cross, but Achilles takes the shamed prince as his friend, and as they grow into young men skilled in the arts of war and medicine their bond blossoms into something deeper – despite the displeasure of Achilles’ mother Thetis, a cruel sea goddess. But then word comes that Helen of Sparta has been kidnapped. Torn between love and fear for his friend, Patroclus journeys with Achilles to Troy, little knowing that the years that follow will test everything they hold dear.

Profoundly moving and breathtakingly original, this rendering of the epic Trojan War is a dazzling feat of the imagination, a devastating love story, and an almighty battle between gods and kings, peace and glory, immortal fame and the human heart.

Of course I have heard the story of Achilles and the Trojan War, but it was never a topic that I found myself interested in. Even after hearing so many amazing reviews for A Song of Achilles, I still want hesitant to pick it up! I am so happy that I caved in to the hype and decided to give Madeline Miller a chance. This book is beyond FANTASTIC!!

It was interesting to see Achilles through the eyes of his lover, Patroclus. Even though Patroclus adores and is in love with Achilles, we still get to see his flaws and the fact that at the end of the day he is human. There is a side of Achilles that only Patroclus gets to see and I thought this was a perfect way to tell the story. Miller managed to bring these mythical characters to life. Even though I knew how this story ends, I was still devastated!

The writing was stunning and lyrical in a way that added to the story. I want to share one of my favourite quotes so you get an idea of just how captivating and moving her writing is.

I will never leave him. It will be this, always, for as long as he will let me.
If I had had words to speak such a thing, I would have. But there were none that seemed big enough for it, to hold that swelling truth.
As if he had heard me, he reached for my hand. I did not need to look; his fingers were etched into my memory, slender and petal-veined, strong and quick and never wrong.
“Patroclus,” he said. He was always better with words than I. 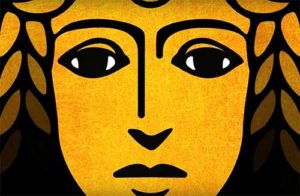 Goodreads Summary– In the house of Helios, god of the sun and mightiest of the Titans, a daughter is born. But Circe is a strange child–not powerful, like her father, nor viciously alluring like her mother. Turning to the world of mortals for companionship, she discovers that she does possess power–the power of witchcraft, which can transform rivals into monsters and menace the gods themselves.

Threatened, Zeus banishes her to a deserted island, where she hones her occult craft, tames wild beasts and crosses paths with many of the most famous figures in all of mythology, including the Minotaur, Daedalus and his doomed son Icarus, the murderous Medea, and, of course, wily Odysseus.

But there is danger, too, for a woman who stands alone, and Circe unwittingly draws the wrath of both men and gods, ultimately finding herself pitted against one of the most terrifying and vengeful of the Olympians. To protect what she loves most, Circe must summon all her strength and choose, once and for all, whether she belongs with the gods she is born from, or the mortals she has come to love.

Circe quickly became one of my favourite characters. There is something that drew me to her and had me invested in her story. Even though Circe is immortal, she possesses so many human qualities. She shows that she is capable of guilt, vengeance, loneliness, etc. This is a story that spans generations and as a result we get to see all the characters that come in and out of her life, and a lot of other mythical tales play out within this story. Much like in A Song of Achilles, the writing in Circe is brilliant and so quotable, so I am going to share a few of my favourites.

“But in a solitary life, there are rare moments when another soul dips near yours, as stars once a year brush the earth. Such a constellation was he to me.”

“It is a common saying that women are delicate creatures, flowers, eggs, anything that may be crushed in a moment’s carelessness. If I had ever believed it, I no longer did.”

“I thought once that gods are the opposite of death, but I see now they are more dead than anything, for they are unchanging, and can hold nothing in their hands.”

There are so many amazing reviews for these two books out there that I wanted to keep mine very brief and just say that I LOVED these books, and they deserve all the hype. I can not wait to see what Madeline Miller writes next, and I will be forever grateful to her for making me fall in love with Greek Mythology!

40 thoughts on “Mini Reviews- Circe & The Song of Achilles”