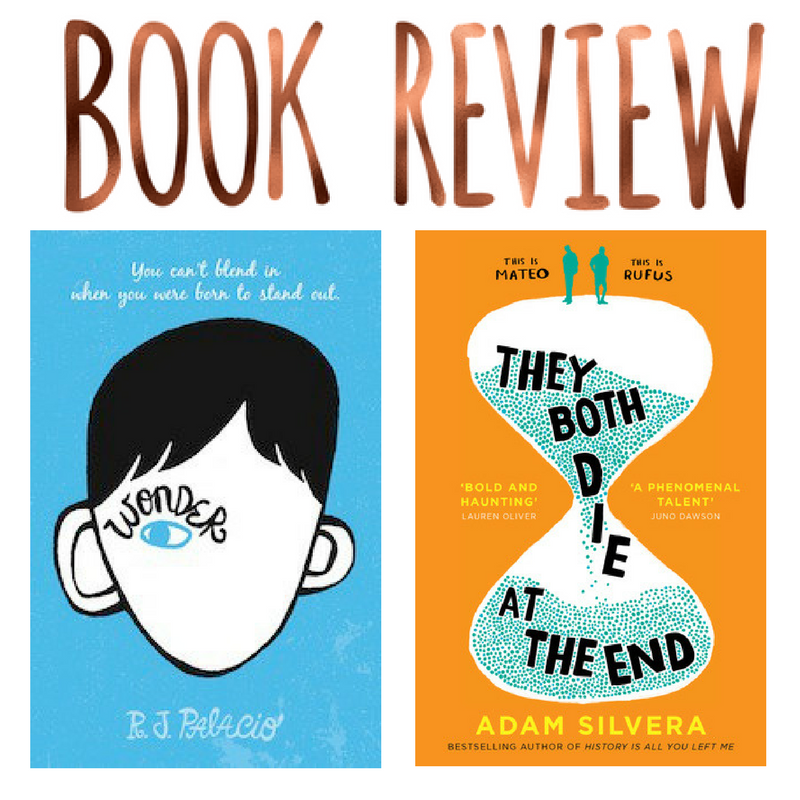 The Wonder by R.J. Palacio

Goodreads Summary– I won’t describe what I look like. Whatever you’re thinking, it’s probably worse.

August Pullman was born with a facial difference that, up until now, has prevented him from going to a mainstream school. Starting 5th grade at Beecher Prep, he wants nothing more than to be treated as an ordinary kid—but his new classmates can’t get past Auggie’s extraordinary face. WONDER, now a #1 New York Times bestseller and included on the Texas Bluebonnet Award master list, begins from Auggie’s point of view, but soon switches to include his classmates, his sister, her boyfriend, and others. These perspectives converge in a portrait of one community’s struggle with empathy, compassion, and acceptance.

“Wonder is the best kids’ book of the year,” said Emily Bazelon, senior editor at Slate.com and author of Sticks and Stones: Defeating the Culture of Bullying and Rediscovering the Power of Character and Empathy. In a world where bullying among young people is an epidemic, this is a refreshing new narrative full of heart and hope. R.J. Palacio has called her debut novel “a meditation on kindness” —indeed, every reader will come away with a greater appreciation for the simple courage of friendship. Auggie is a hero to root for, a diamond in the rough who proves that you can’t blend in when you were born to stand out.

Auggie will be a character that stays with me for a lifetime. He is so sweet, and there is a lot to be learned from him, by both children and adults alike! I loved the majority of the other characters as well! His parents are so strong, his sister is someone I related to, and the friends that Auggie makes throughout the story are charming.

The best part of Wonder for me was seeing the character growth throughout the novel. Auggie really comes in to his own, and the students at his school rally around him. It was a complete joy to read.

As I have said, this is a story that teaches you something. It should be read by everyone, regardless of their age. There were some many heart-wrenching and heartwarming scenes that had a huge impact on me. It reminded me of the importance of impact, and the power that words can have on a person.

I was surprised to discover that Wonder is told from multiple POVs and it really added to the story. I appreciated that we got to see Auggie’s sister’s perspective, and received some insight in to the impact that Auggie has on her life. I think it was important to get other characters’ POvs, such as Jack’s, because it gives us a better understanding of their actions.

It has been awhile since I was able to say this, but there was absolutely nothing that I disliked about Wonder.

“Courage. Kindness. Friendship. Character. These are the qualities that define us as human beings, and propel us, on occasion, to greatness.”

“It’s not enough to be friendly. You have to be a friend.” 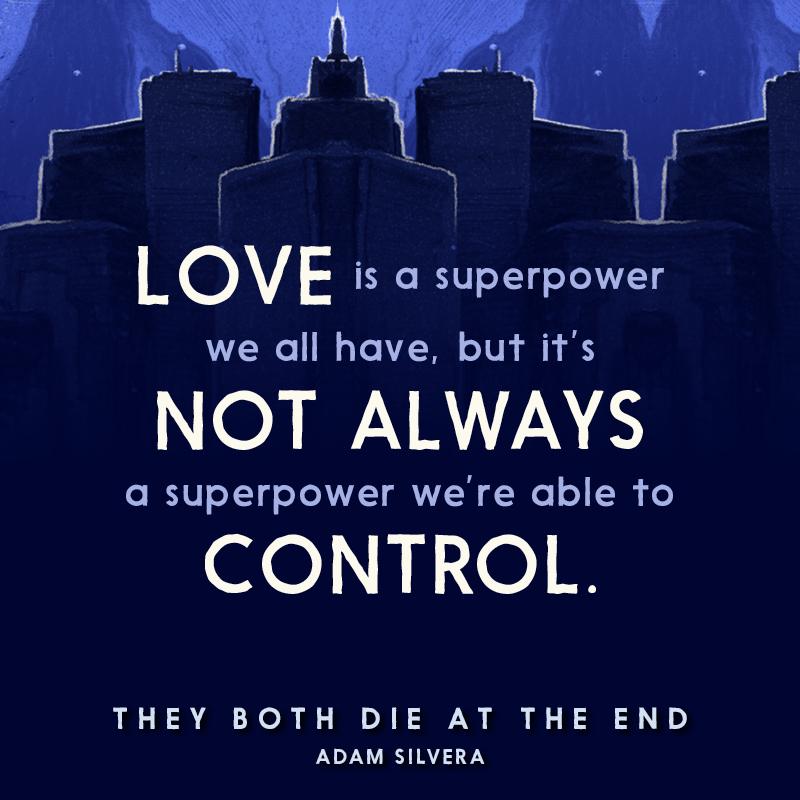 Goodreads Summary– Adam Silvera reminds us that there’s no life without death and no love without loss in this devastating yet uplifting story about two people whose lives change over the course of one unforgettable day.

On September 5, a little after midnight, Death-Cast calls Mateo Torrez and Rufus Emeterio to give them some bad news: They’re going to die today.

Mateo and Rufus are total strangers, but, for different reasons, they’re both looking to make a new friend on their End Day. The good news: There’s an app for that. It’s called the Last Friend, and through it, Rufus and Mateo are about to meet up for one last great adventure—to live a lifetime in a single day.

Every single character was unique and complex. I appreciated the fact that we got the back story of not only the main two characters, but of some of the side characters as well! I loved that Matteo and Rufus were completely different but in many ways they truly complimented each other. It was amazing getting to know them.

The whole idea of the Death Cast that calls you on the day you are going to die is very interesting. It makes you question whether or not you would want to receive that call. On the one hand, it gives you the opportunity to say goodbye and try to make the most of your last day. On the other hand, you might live your entire life dreading receiving that call and not making the most of your life. It is truly an intriguing idea and I loved the story that Adam Silvera managed to weave.

The romance was extremely adorable. Of course it seems unrealistic because they fall in love in less than 24 hours, but it is something I can look passed especially because they both know they are going to die so it would only make sense that feelings and emotions would be more intense in that situation. As I said earlier, Matteo and Rufus complement each other and bring out the best in one another.

This is one of those books that did not benefit from having random POVs. I wish that we only had Matteo and Rufus’ perspectives. The other POVs did not add to the story, and in some ways I actually think they detracted from it. The main characters kept running in to other characters who received the call the day and then we would hear that random person’s POV. It made the story that much more unrealistic.

“Maybe it’s better to have gotten it right and been happy for one day instead of living a lifetime of wrongs.”

“But no matter what choices we make – solo or together – our finish line remains the same … No matter how we choose to live, we both die at the end.”

“Sometimes the truth is a secret you’re keeping from yourself because living a lie is easier.”