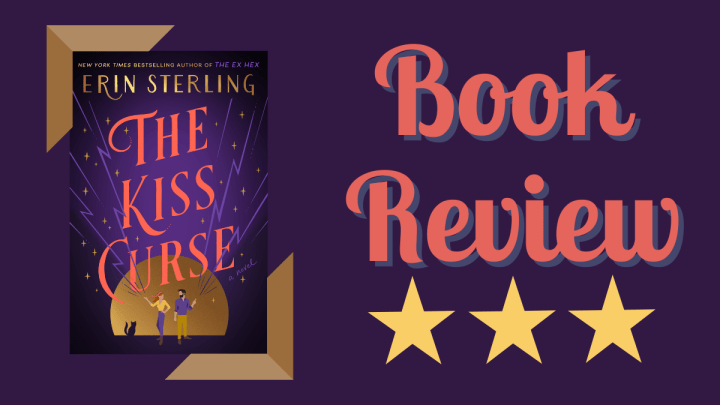 Gwyn Jones is perfectly happy with her life in Graves Glen. She, her mom, and her cousin have formed a new and powerful coven; she’s running a successful witchcraft shop, Something Wicked; and she’s started mentoring some of the younger witches in town. As Halloween approaches, there’s only one problem—Llewellyn “Wells” Penhallow.

Wells has come to Graves Glen to re-establish his family’s connection to the town they founded as well as to make a new life for himself after years of being the dutiful son in Wales. When he opens up a shop of his own, Penhallow’s, just across the street from Something Wicked, he quickly learns he’s gotten more than he bargained for in going up against Gwyn.

When their professional competition leads to a very personal—and very hot—kiss, both Wells and Gwyn are determined to stay away from each other, convinced the kiss was just a magical fluke. But when a mysterious new coven of witches come to town and Gwyn’s powers begin fading, she and Wells must work together to figure out just what these new witches want and how to restore Gwyn’s magic before it’s too late.

The Kiss Curse is the sequel to The Ex Hex, which I have not read but I did not feel like I was missing anything having skipped that one. The author does a good job of orienting you into the world and catching you up on what you need to know from the first book. The Kiss Curse is more of a companion novel and follows the cousin of the heroine from book one and the brother of the hero.

This was the witchy book that I needed! I had just read Still Life, which is a new all-time favourite, and needed something fun and light to stop me from falling into a reading slump. This was perfect! It was like Stars Hollow but with witches. Gwyn and Wells have competing witchcraft shops and they start as rivals but quickly realize they have feelings for one another. There are some pretty steamy scenes! There is always a bit of a mystery happening which adds some intrigue but I wish it was more at the forefront. I thought that the romance between Gwyn and Wells was a little bit surface-level and would have loved to have a deeper emotional connection between them, but I don’t think that was the intention of this book. It is almost like a witchy Hallmark movie, which is fun in its own right.

The Kiss Curse isn’t the best witchy book I have ever read, and I do think that the atmosphere could have been fleshed out more, but it was what I needed at the time and reads quickly. If you want to ease yourself into the Halloween spirit, this would be perfect!

Have you started reading for fall?