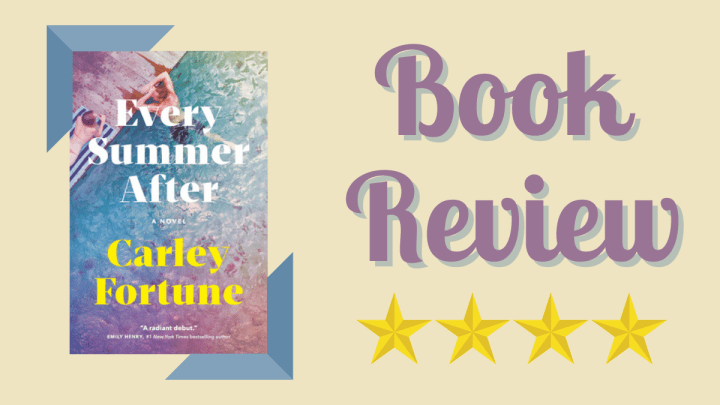 Six summers to fall in love. One moment to fall apart. A weekend to get it right.

A magazine writer has to make a choice when she returns to the lake she grew up on, and to the man she thought she’d never have to live without, in this achingly nostalgic debut.

They say you can never go home again, and for Persephone Fraser that has felt too true for the last decade, ever since she made the biggest mistake of her life. Instead of glittering summers on the lakeshore of her childhood, she spends them in a stylish apartment in the city, going out with friends, and keeping everyone a safe distance from her heart. Until the day she gets a call that sends her racing back to Barry’s Bay and into the orbit of Sam Florek.

For five summers, through hazy afternoons on the water and warm summer nights working in his family restaurant and curling up together with books–medical textbooks for him and work-in-progress horror short stories for her–Percy and Sam had been inseparable. And slowly that friendship turned into something breathtakingly more, before it fell spectacularly apart.

When Percy returns to the lake to attend Sam’s mother’s funeral, their connection is as undeniable as it had always been. Percy must confront the decisions she’s made and the years she’s spent punishing herself for them, in order to determine, once and for all, whether their love might be bigger than the biggest mistakes of their past.

Told over the course of five years and one weekend, Every Summer After is a big, sweeping look at love and the people and choices that mark us forever.

Every Summer After is getting a lot of buzz on Bookstagram, and I think that it deserves it. I will say up front that I don’t think this will be a book for everyone. These are flawed characters and they make some not-so-great choices. It’s a messy romance, but it worked for me.

This story is told in two timelines- the “before” and the “now”. I think it is important to know that the “before” chapters take place over six summers of Percy and Sam’s childhood, from when they meet at 13 to when something happens and they stop speaking at the age of 18. Those “before” chapters read very much like YA, so if that is not your thing, it might be best to skip this one.

My fellow Canadians (especially if you live in Ontario!) will appreciate the setting. Percy is from Toronto and spends her summers in Barry’s Bay. Anyone familiar with these areas will completely understand the atmosphere and feeling that Carley Fortune is trying to build. I myself am from Ontario and spend my summers at the cottage, so I related quite a bit to that aspect of the story. This is the perfect summer read!

I thought that I would before the “now” chapters, but I felt deeply invested in the past and how Percy and Sam built their friendship into something more! It was really sweet before it got messy. I thought there were some interesting conversations about how confusing and complicated it can be when you meet your person at such a young age.

I do wish that we got more of the “now” chapters. We get to see Percy and Same as adults and we learn that they have not spoken in twelve years, but we don’t know why. Something happens that brings Percy back to Barry’s Bay and they quickly realize they still have a deep connection. You kind of want to shake them because you know they need to have a conversation about the past, but I can understand why it took them so long to get there.

There are also a lot of memorable side characters, some who I loved and others I had complicated feelings about. It was fun to see how everyone around Percy and Sam viewed their relationship.

Overall, Every Summer After took me by complete surprise. It was romantic, messy, and compulsively readable. I could not put it down! If you find yourself looking for a book to read on the beach or by the pool this summer, Every Summer After is perfect.

10 thoughts on “Review- Every Summer After”