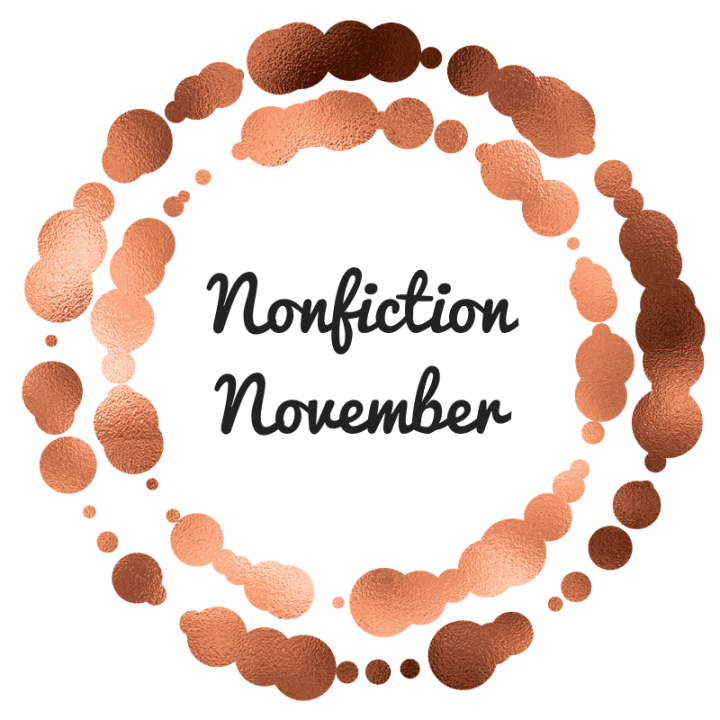 I finally read Know My Name by Chanel Miller and it is as incredible, as I knew it would be. I am so glad that I finally got to the point where I felt comfortable reading it. I felt a connection to Chanel Miller and thought her writing was fantastic. There was a lot about her story that was infuriating to read about and it is criminal how she was revictimized by the justice system.

Bad Blood is one of my go-to nonfiction recommendations, especially on audio. The story of Theranos and Elizabeth Holmes is so wild it almost feels like fiction. I thought that John Carreyrou writing from his perspective, as he helped break the story, added another interesting layer.

Me by Elton John is a must listen on audio! Taron Egerton, who played Elton John in the movie Rocketman, is the narrator and it is perfection. Elton John doesn’t hold back in this memoir, whether he is talking about his personal story or his relationships with celebrities.

Who doesn’t love Jonathan Van Ness. I know I keep saying this, but please listen to Over the Top on audio if you can! Jonathan narrates the book himself and it is such a delight. He is also extremely vulnerable in this book and shares a lot of his fears. He states that he was nervous that the reader would think of him differently after reading this but it just made me love him even more!

Anyone who is a fan of the US version of The Office has to read The Office: The Untold Story of the Greatest Sitcom of the 2000s. I loved that we got a lot of quotes from people who worked on the show, both the actors and those behind the camera. It was just so much fun for me and made me appreciate the show in a new way.

Maggie O’Farrell is one of my favourite fiction authors, so it is no surprise that I adored her memoir, I Am, I Am, I Am. I love that she tells her story through her seventeen brushed with death. The last chapter was particularly moving!

Capote was the first book I read this year and I still think about it! I find Truman Capote so fascinating, and the author, Gerald Clarke, formed a sort of friendship with Capote while writing his biography, so it felt like we got some real insight into Capote’s life as well as his thoughts and feelings. The In Cold Blood sections of this biography are what inspired the movie by the same name, which I definitely think is worth watching.

Catch and Kill was so infuriating and opened my eyes to Hollywood and what they are willing to cover up. I will certainly never look at NBC in the same way, that is for sure. If you are curious about the #metoo movement and the actions of Harvey Weinstein, Catch and Kill is the book for you.

The Victorian and the Romantic is so underrated and is one of my favourite memoirs! It is a simple book really- it is Nell Stevens talking about her connection to Elizabeth Gaskell, the famous novelist who wrote North & South. It was interesting to see how their lives paralleled one another!

Quiet was a game-changer for me! It made me look at my introversion in a whole new way and it is now something I look at in a more positive way.

Disability Visibility is an incredible collection from a wide variety of authors and voices who share their experiences with disability. It includes essays, articles, eulogies, and more. I really hope that Alice Wong puts together a part two!

As much as I love Matt Haig’s fiction, I think I appreciate his nonfiction even more. I have loaned out Notes on a Nervous Planet to so many people because I think there is something in there for everyone. I love how vulnerable Matt Haig is when speaking about his mental health.

I have fallen in love with food memoirs, and I think Save Me the Plums is my favourite of the ones I have read so far. Ruth Reichl was a food critic for many years and is the former editor-in-chief at Gourmet Magazine, so she has quite a lot of insight into the restaurant and food industry.

Jenny Lawson is one of my favourite memoirists! I will read anything that she writes because she has found the perfect balance between hardhitting topics and humour. All of her books are incredible on audio, but Furiously Happy is my personal favourite!

I picked up The Invention of Nature on a whim and I ended up absolutely loving it. Alexander Von Humboldt was alive during the Darwin era but he is not nearly as well known, despite all that he achieved. Such a fascinating book!

Maybe You Should Talk to Someone is one of my most recommended books. It is perfect for anyone who is looking to get into therapy or is reluctant about therapy in some way.

Heavy is one of my favourite memoirs and it has stayed with me all these years later.

If you have read/watched Just Mercy, you need to pick up The Sun Does Shine! Anthony Ray Hinton is one of the most inspiring people I have ever come across. So powerful!

I am fascinated by the friendship between Harper Lee and Truman Capote, and that is explored within the pages of Furious Hours. I had no idea that Harper Lee had plans to write a book similar to In Cold Blood!

Everyone recommends The Radium Girls, and that is for a good reason. It is incredible! I am actually about to start Kate Moore’s newest book, The Woman They Couldn’t Silence, which I am sure I am going to love just as much.