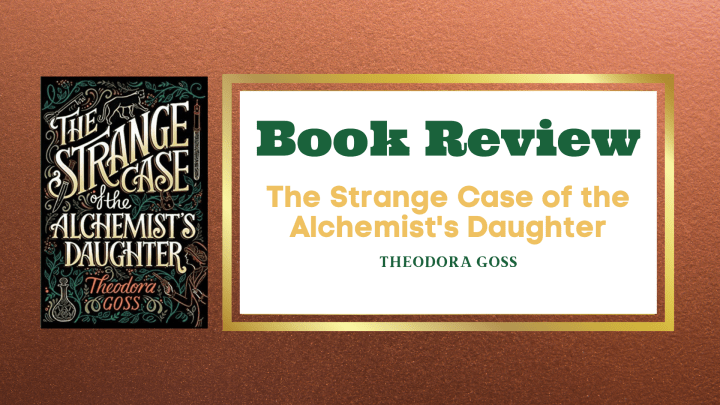 Mary Jekyll, alone and penniless following her parents’ death, is curious about the secrets of her father’s mysterious past. One clue in particular hints that Edward Hyde, her father’s former friend and a murderer, may be nearby, and there is a reward for information leading to his capture…a reward that would solve all of her immediate financial woes.

But her hunt leads her to Hyde’s daughter, Diana, a feral child left to be raised by nuns. With the assistance of Sherlock Holmes and Dr. Watson, Mary continues her search for the elusive Hyde, and soon befriends more women, all of whom have been created through terrifying experimentation: Beatrice Rappaccini, Catherin Moreau, and Justine Frankenstein.

When their investigations lead them to the discovery of a secret society of immoral and power-crazed scientists, the horrors of their past return. Now it is up to the monsters to finally triumph over the monstrous.

The Strange Case of the Alchemist’s Daughter is a beloved book, especially on BookTube. I have seen so many readers raving about the entire series and the premise has always caught my attention.

I had no idea going into it just how important Sherlock Holmes and Watson would be to the story- it was a nice surprise! I loved the connection between Sherlock and Mary Jekyll. They both have curious and analytical minds and they just get each other. I am hoping we get to see them interacting even more in the next two books!

I often talk about how much I love the found family trope, and it is especially wonderful in The Strange Case of the Alchemist’s Daughter. I love when a group of women or young girls become so close they are like sisters. As the story goes on, we meet more and more daughters of famous men from literature, such a Justine Frankenstein and Catherin Moreau. The connections they form despite their differences is what makes this book stand out.

Theodora Goss is a fantastic author and I love that she played with how this story is told. The book as written as though one of the girls, Catherin Moreau, is the author and all of the other characters are helping her to write their story. She becomes so annoyed with their constant input that she decides to simply include some of the conversations they are having as she is writing. So it is almost as if the author breaks the fourth wall and it adds some much needed humour to what can be a dark story. It took me awhile to gets used to this style, but it was fun! I have a feeling that it would be amazing on audio.

The Strange Case of the Alchemist’s Daughter is the first book in a trilogy and I am so excited to continue on with the series. This installment has a satisfying ending but it also sets the reader up for the sequel. I really loved that the end talks about Mary Shelley and why she wrote Frankenstein the way she did. It is a powerful thought!