The Glittering Hour by Iona Grey 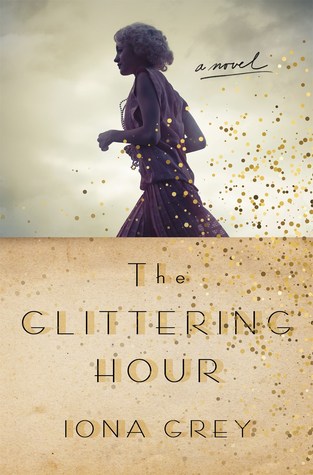 Selina Lennox is a Bright Young Thing. Her life is a whirl of parties and drinking, pursued by the press and staying on just the right side of scandal, all while running from the life her parents would choose for her.

Lawrence Weston is a penniless painter who stumbles into Selina’s orbit one night and can never let her go even while knowing someone of her stature could never end up with someone of his. Except Selina falls hard for Lawrence, envisioning a life of true happiness. But when tragedy strikes, Selina finds herself choosing what’s safe over what’s right.

Spanning two decades and a seismic shift in British history as World War II approaches, Iona Grey’s The Glittering Hour is an epic novel of passion, heartache and loss.

Thank you MacMillan for sending me a copy in exchange for an honest review.

The Glittering Hour showed up on my doorstep at the perfect time. I had just finished The Eyre Affair (which I loved and will talk more about later) and I was afraid that my love for it would put me in a reading slump. A book like The Glittering Hour is exactly what I needed- I will read anything that is set in the 1920s.

I am about 50 pages in and I am absolutely adoring it. I love that it is being told in two timelines, set ten years apart. The story begins in 1936 and we are following a young girl who is staying with her grandparents while her parents are away. Her mother has set up a sort of scavenger hunt for her. We then flashback to 1925, where we follow Selina and her life as a Bright Young Thing. There is something so fascinated about this time and I can not wait to learn more of Selina’s story. So far, I am impressed with some of the conversations that are being had. I never considered that there would be tensions between those who served during WWI and those who were too young at the time. They clash because they look at the world differently even though they were born just a few years apart.

I am curious to see how Selina grows as a character throughout the novel. I am also invested in the other storyline, and I worried at first that I wouldn’t be. It took me awhile to figure out that we were reading from a child’s perspective, but once I did I thought it was well executed.

I was exciting to see that The Glittering Hour is a Book of the Month pick for December. We do not have BOTM here in Canada, so receiving this from the publisher was a nice surprise!