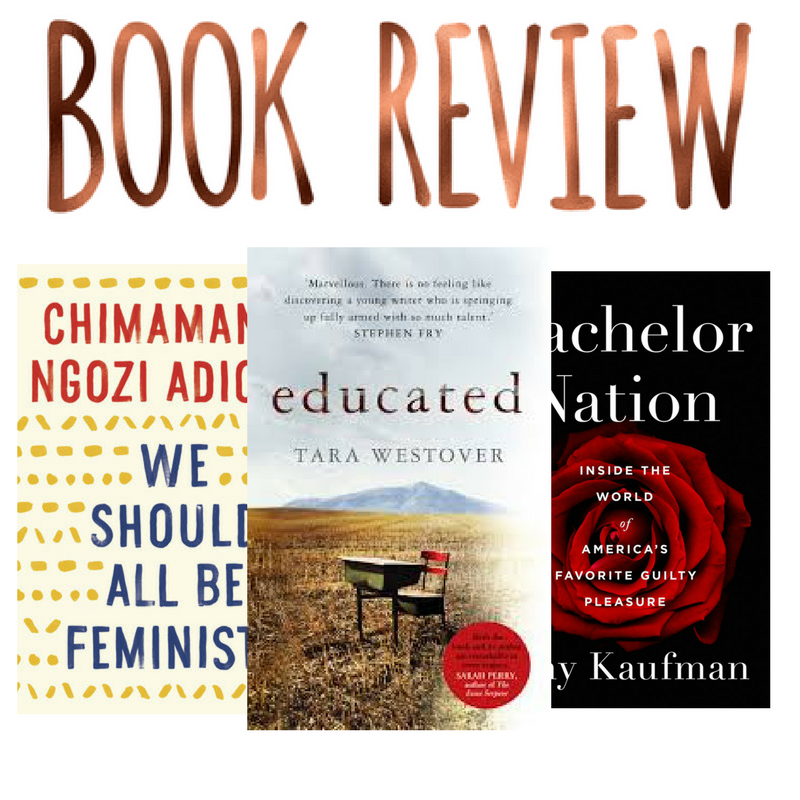 We Should All Be Feminists by Chimamanda Ngozi Adichie

Goodreads Summary– What does “feminism” mean today? That is the question at the heart of We Should All Be Feminists, a personal, eloquently-argued essay—adapted from her much-viewed TEDx talk of the same name—by Chimamanda Ngozi Adichie, the award-winning author of Americanah and Half of a Yellow Sun.

With humor and levity, here Adichie offers readers a unique definition of feminism for the twenty-first century—one rooted in inclusion and awareness. She shines a light not only on blatant discrimination, but also the more insidious, institutional behaviors that marginalize women around the world, in order to help readers of all walks of life better understand the often masked realities of sexual politics. Throughout, she draws extensively on her own experiences—in the U.S., in her native Nigeria, and abroad—offering an artfully nuanced explanation of why the gender divide is harmful for women and men, alike.

Argued in the same observant, witty and clever prose that has made Adichie a bestselling novelist, here is one remarkable author’s exploration of what it means to be a woman today—and an of-the-moment rallying cry for why we should all be feminists.

We Should All Be Feminists is only 52 pages so I do not want to say too much about it. I listened to the audiobook, which I highly recommend that you do, and Adichie is a wonderful speaker. I believe that my reading experience was enhanced and that I gained more from it because I heard it told from Adichie’s own voice.

This essay is a great introduction in to feminism and I found it to be extremely accessible. She points out that people have the wrong idea about feminism and she explains what it really means and how important it is. It is a great place to start if you are just getting in to feminist literature, and it is also a nice refresher for those who are already well-versed in the subject!

I am hoping to buy a physical copy because it is one of the those books that I can see myself returning to often. 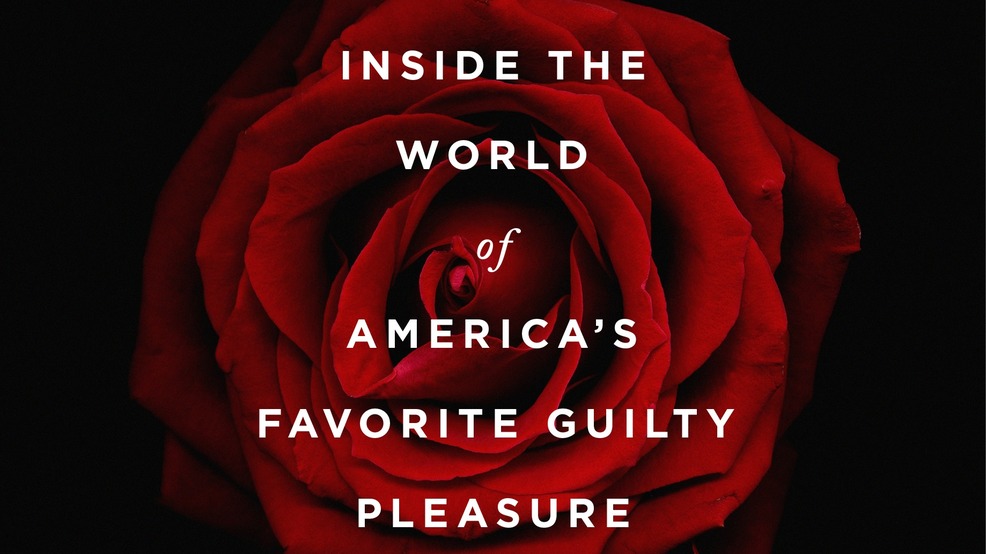 For fifteen years and thirty-five seasons, the Bachelor franchise has been a mainstay in American TV viewers’ lives. Since it premiered in 2002, the show’s popularity and relevance has only grown–more than eight million viewers tuned in to see the conclusion of the most recent season of The Bachelor.

The iconic reality television show’s reach and influence into the cultural zeitgeist is undeniable. Bestselling writers and famous actors live tweet about it. Die-hard fans–dubbed “Bachelor Nation”–come together every week during each season to participate in fantasy leagues and viewing parties.

Bachelor Nation is the first behind-the-scenes, unauthorized look into the reality television phenomenon. Los Angeles Times journalist Amy Kaufman is a proud member of Bachelor Nation and has a long history with the franchise–ABC even banned her from attending show events after her coverage of the program got a little too real for its liking. She has interviewed dozens of producers, contestants, and celebrity fans to give readers never-before-told details of the show’s inner workings: what it’s like to be trapped in the mansion “bubble”; dark, juicy tales of producer manipulation; and revelations about the alcohol-fueled debauchery that occurs long before the fantasy suite.

Kaufman also explores what our fascination means, culturally: what the show says about the way we view so-called ideal suitors, our subconscious yearning for fairy-tale romance, and how this enduring television show has shaped society’s feelings about love, marriage, and feminism by appealing to a marriage plot that’s as old as Jane Austen.

Amy Kaufman is a talented and humourous writer and I hope that she writes another book because I would definitely read it! I just do not think that this book was very successful simply because nothing that she revealed was shocking. I was hoping for more gossip and drama, but I knew or deduced most of what she shared. They give them a lot of alcohol? Isn’t that obvious from watching the show? The producers try to start drama? Isn’t that true of all reality TV? I wanted more!

I think the problem is that Kaufman has been shunned by almost everyone involved with the Bachelor franchise so no one would speak to her. I hate to say it but it almost felt like she wrote this book because she was bitter that she is no longer invited to Bachelor press events.

I did enjoy that she talked about past dating games such as The Newlywed Show and The Dating Game. It was interested to see how shows like that have changed over time, and why The Bachelor has been so successful. She also talked about the MTV show Next, which I used to love and completely forgot about, so I appreciated that trip down memory lane!

I think I would have enjoyed Bachelor Nation more if it was sold to me as a book about the history of The Bachelor, because then I would not have expected to learn some sort of insider information or big secret about the show! 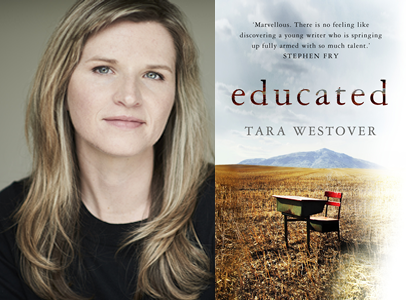 Tara Westover was seventeen the first time she set foot in a classroom. Born to survivalists in the mountains of Idaho, she prepared for the end of the world by stockpiling home-canned peaches and sleeping with her “head-for-the-hills bag.” In the summer she stewed herbs for her mother, a midwife and healer, and in the winter she salvaged in her father’s junkyard.

Her father forbade hospitals, so Tara never saw a doctor or nurse. Gashes and concussions, even burns from explosions, were all treated at home with herbalism. The family was so isolated from mainstream society that there was no one to ensure the children received an education, and no one to intervene when one of Tara’s older brothers became violent.

Then, lacking any formal education, Tara began to educate herself. She taught herself enough mathematics and grammar to be admitted to Brigham Young University, where she studied history, learning for the first time about important world events like the Holocaust and the civil rights movement. Her quest for knowledge transformed her, taking her over oceans and across continents, to Harvard and to Cambridge. Only then would she wonder if she’d traveled too far, if there was still a way home.

Educated is an account of the struggle for self-invention. It is a tale of fierce family loyalty, and of the grief that comes with severing the closest of ties. With the acute insight that distinguishes all great writers, Westover has crafted a universal coming-of-age story that gets to the heart of what an education is and what it offers: the perspective to see one’s life through new eyes, and the will to change it.

I can not accurately put in to words how amazing this book is! Even if non-fiction is not a genre that you often gravitate towards, I still highly recommend that you give Educated a chance, and I think that you will enjoy it. Tara Westover has lived an extremely interesting an unbelievable life that her memoir almost reads like fiction.

Westover did not attend school until she went to college at the age of seventeen. You would never have guessed that she missed out of any sort of education during her formative years by reading her writing. She is an incredible writer and her prose is very sophisticated.

At it’s core this is a story about the author’s resilience and her journey of self-discovery. It takes a great deal of courage to leave the only home and life that you have ever known and venture in to a world that you have been told is evil.

I was not expecting to take away so much insight from this book! There were many quotes that I tabbed and I would love to share a few of those with you:

“You can love someone and still choose to say goodbye to them,” she says now. “You can miss a person every day, and still be glad that they are no longer in your life.”

“First find out what you are capable of, then decide who you are.”

“It’s strange how you give the people you love so much power over you, I had written in my journal. But Shawn had more power over me than I could possibly have imagined. He had defined me to myself, and there’s no greater power than that.”

If you have read any of these books I would love to hear what you thought about them!

Do you watch The Bachelor? Let me know!

21 thoughts on “Non-Fiction Reviews: We Should All Be Feminists, Bachelor Nation & Educated”