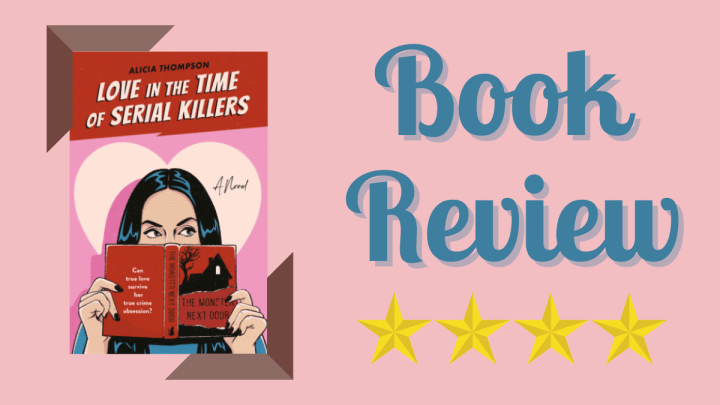 Turns out that reading nothing but true crime isn’t exactly conducive to modern dating—and one woman is going to have to learn how to give love a chance when she’s used to suspecting the worst.

PhD candidate Phoebe Walsh has always been obsessed with true crime. She’s even analyzing the genre in her dissertation—if she can manage to finish writing it. It’s hard to find the time while she spends the summer in Florida, cleaning out her childhood home, dealing with her obnoxiously good-natured younger brother, and grappling with the complicated feelings of mourning a father she hadn’t had a relationship with for years.

It doesn’t help that she’s low-key convinced that her new neighbor, Sam Dennings, is a serial killer (he may dress business casual by day, but at night he’s clearly up to something). It’s not long before Phoebe realizes that Sam might be something much scarier—a genuinely nice guy who can pierce her armor to reach her vulnerable heart.

Love in the Time of Serial Killers has a pretty low rating on Goodreads (3.58 at the time of writing) and I think a lot of that comes down to the expectations that a reader has when picking up a book with “serial killers” in the title. This book is even shelved as a thriller on Goodreads, which it is not! This is 100% a romance- there is no mystery at all. Our main character, Phoebe, is writing her dissertation on true crime and she sees the world through the eyes of someone who thinks about true crime day in and day out, so she is definitely paranoid when she meets the love interest, Sam, but she quickly realizes that he is indeed not a serial killer.

I also think that there is the potential to find Phoebe annoying, which she can be, but I think that is what makes her relatable. She has so many walls up, and I understood where she was coming from, so I felt a connection with her. I also think that part of the reason that I enjoyed this as much as I did is that her brother, Connor, reminds me so much of my own brother that it almost made me emotional! There is something so earnest about the character and even when he does something irritating, you just can’t get mad at him because he means well. That is so my brother!

I also thought Sam was an adorable character and there was something so wholesome about him! The romance was a slow burn and we see them become friends first, but there are a few steamy scenes. There is also a cat, which you know I always appreciate!

Phoebe talks about quite a few true crime books and cases, most of which I have read or am familiar with, but I don’t think you have to know anything about the cases to appreciate the story. The books she talks about are the really popular ones, like In Cold Blood, The Stranger Beside Me, and I’ll Be Gone in the Dark.

The reason why Love in the Time of Serial Killers wasn’t five stars was that I felt there were too many pop culture references, which is something that bugs me for reasons I can’t explain. I think it is because I just know that the references and language won’t age well!

Overall, I had a great time with this romance and it is one I would recommend if you go into it with the right expectations!