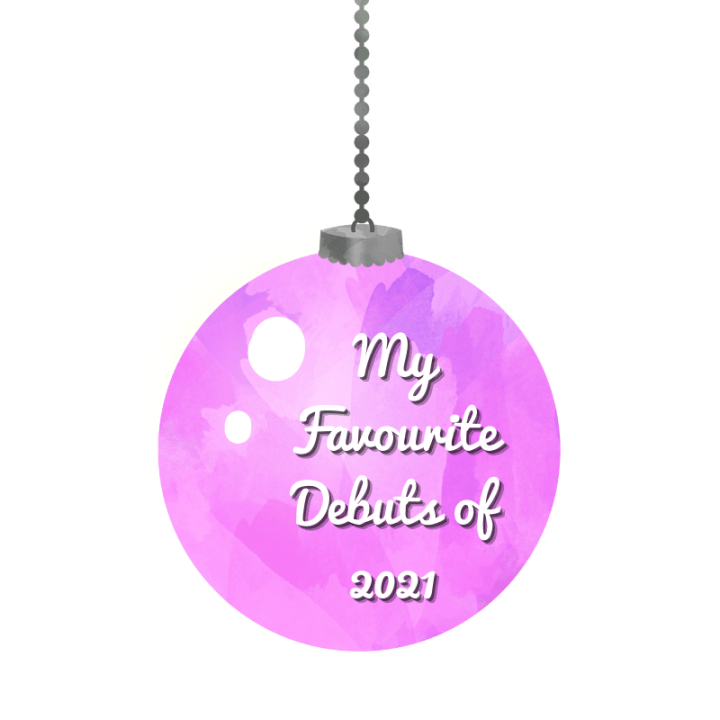 I am a huge fan of debuts and read some incredible ones in 2021, so I wanted to take a moment to highlight a few of my favourites. It is hard to believe that some of these are debuts and I cannot wait to read more from each of these authors!

Blythe Connor is determined that she will be the warm, comforting mother to her new baby Violet that she herself never had.

But in the thick of motherhood’s exhausting early days, Blythe becomes convinced that something is wrong with her daughter–she doesn’t behave like most children do.

Or is it all in Blythe’s head? Her husband, Fox, says she’s imagining things. The more Fox dismisses her fears, the more Blythe begins to question her own sanity, and the more we begin to question what Blythe is telling us about her life as well.

Then their son Sam is born–and with him, Blythe has the blissful connection she’d always imagined with her child. Even Violet seems to love her little brother. But when life as they know it is changed in an instant, the devastating fall-out forces Blythe to face the truth.

I picked up The Push because it was getting so much buzz and I was blown away by it. It continues to haunt me and I still find myself thinking about the ending. I was shocked to find that this is Ashley Audrain’s debut because it is so brilliantly conceived. I am a single woman without children and it still hit me in a way I wasn’t expecting, so I think mothers will truly be impacted by The Push. Audrain’s second book, The Whispers, has a synopsis on Goodreads and also sounds fantastic. I also discovered that Ashley Audrain and I went to the same university, which is fun!

An incendiary and utterly compelling thriller with a shocking twist that delves deep into the heart of institutionalized racism, from an exceptional new YA voice.

Welcome to Niveus Private Academy, where money paves the hallways, and the students are never less than perfect. Until now. Because anonymous texter, Aces, is bringing two students’ dark secrets to light.

Talented musician Devon buries himself in rehearsals, but he can’t escape the spotlight when his private photos go public. Head girl Chiamaka isn’t afraid to get what she wants, but soon everyone will know the price she has paid for power.

Someone is out to get them both. Someone who holds all the aces. And they’re planning much more than a high-school game…

Ace of Spades was everywhere this year and for good reason! I thought that it did some interesting things and is one of those books you want to through against the wall, which was the author’s intention. I cannot wait to see what Faridah Abike-Iyimide writes next and I know I am not alone! I also have to say that this book has one of my favourite epilogues ever!

People sometimes have a problem with that last one. Especially her mom. Charlie wants a good relationship with her body, but it’s hard, and her mom leaving a billion weight loss shakes on her dresser doesn’t help. The world and everyone in it have ideas about what she should look like: thinner, lighter, slimmer-faced, straighter-haired. Be smaller. Be whiter. Be quieter.

But there’s one person who’s always in Charlie’s corner: her best friend Amelia. Slim. Popular. Athletic. Totally dope. So when Charlie starts a tentative relationship with cute classmate Brian, the first worthwhile guy to notice her, everything is perfect until she learns one thing–he asked Amelia out first. So is she his second choice or what? Does he even really see her? UGHHH. Everything is now officially a MESS.

I did not know what to expect when I picked up Fat Chance, Charlie Vega for a buddy read on Instagram, but I still managed to be surprised by it. While it is technically a romance, it was the friendship between Charlie and Amelia that stood out to me. I think so many teenage girls will relate to this one and will take something away from it. Crystal Maldonado’s sophomore novel, No Filters and Other Lies, comes out in 2022 and I am counting down the day!

“I refuse to be nothing…”

In a famine-stricken village on a dusty yellow plain, two children are given two fates. A boy, greatness. A girl, nothingness…

In 1345, China lies under harsh Mongol rule. For the starving peasants of the Central Plains, greatness is something found only in stories. When the Zhu family’s eighth-born son, Zhu Chongba, is given a fate of greatness, everyone is mystified as to how it will come to pass. The fate of nothingness received by the family’s clever and capable second daughter, on the other hand, is only as expected.

When a bandit attack orphans the two children, though, it is Zhu Chongba who succumbs to despair and dies. Desperate to escape her own fated death, the girl uses her brother’s identity to enter a monastery as a young male novice. There, propelled by her burning desire to survive, Zhu learns she is capable of doing whatever it takes, no matter how callous, to stay hidden from her fate.

After her sanctuary is destroyed for supporting the rebellion against Mongol rule, Zhu takes the chance to claim another future altogether: her brother’s abandoned greatness.

While I had mixed feelings about She Who Became the Sun, I will be reading the sequel because the ending was pretty epic. I also acknowledge that Shelley Parker-Chan is a talented author and did some brilliant things with this story. My problems were really with the pacing and the time jumps, but this is one of those books I have come to appreciate more as I have some distance from it.

Seventeen-year-old Reyna has spent most of her life at her family’s gorgeous seaside resort in Tobago, the Plumeria. But what once seemed like paradise is starting to feel more like purgatory. It’s been two years since Reyna’s mother passed away, two years since Aiden – her childhood best friend, first kiss, first love, first everything – left the island to pursue his music dreams. Reyna’s friends are all planning their futures and heading abroad. Even Daddy seems to want to move on, leaving her to try to keep the Plumeria running.

And that’s when Aiden comes roaring back into her life – as a VIP guest at the resort.

Aiden is now one-third of DJ Bacchanal – the latest, hottest music group on the scene. While Reyna has stayed exactly where he left her, Aiden has returned to Tobago with his Grammy-nominated band and two gorgeous LA socialites. And he may (or may not be) dating one of them…

Where the Rhythm Takes You is an underrated YA contemporary novel. It has three of my favourite tropes- friends to lovers, second chance, and the love interest is famous. I also loved that it was set at a resort in Tobago and it gave me the tropical vibes that I needed! It is just a cute and fun romance for anyone who is looking for something like that.

Opal is a fiercely independent young woman pushing against the grain in her style and attitude, Afro-punk before that term existed. Coming of age in Detroit, she can’t imagine settling for a 9-to-5 job—despite her unusual looks, Opal believes she can be a star. So when the aspiring British singer/songwriter Neville Charles discovers her at a bar’s amateur night, she takes him up on his offer to make rock music together for the fledgling Rivington Records.

In early seventies New York City, just as she’s finding her niche as part of a flamboyant and funky creative scene, a rival band signed to her label brandishes a Confederate flag at a promotional concert. Opal’s bold protest and the violence that ensues set off a chain of events that will not only change the lives of those she loves, but also be a deadly reminder that repercussions are always harsher for women, especially black women, who dare to speak their truth.

Decades later, as Opal considers a 2016 reunion with Nev, music journalist S. Sunny Shelton seizes the chance to curate an oral history about her idols. Sunny thought she knew most of the stories leading up to the cult duo’s most politicized chapter. But as her interviews dig deeper, a nasty new allegation from an unexpected source threatens to blow up everything.

I truly thought that The Final Revival of Opal & Nev was brilliant, especially on audio. I love books that are told in an interview format and Sawnie Walton does an incredible job with it. I truly believe that this book is like Daisy Jones and the Six but with more to say.

With her newly completed PhD in astronomy in hand, twenty-eight-year-old Grace Porter goes on a girls’ trip to Vegas to celebrate. She is not the kind of person who goes to Vegas and gets drunkenly married to a woman whose name she doesn’t know…until she does exactly that.

This one moment of departure from her stern ex-military father’s plans for her life has Grace wondering why she doesn’t feel more fulfilled from completing her degree. Staggering under the weight of her father’s expectations, a struggling job market and feelings of burnout, Grace flees her home in Portland for a summer in New York with the wife she barely knows.

When reality comes crashing in, Grace must face what she’s been running from all along—the fears that make us human, the family scars that need to heal and the longing for connection, especially when navigating the messiness of adulthood.

Honey Girl is getting mixed reviews but I really enjoyed it. I think a lot of that comes down to marketing. While there is a love interest, this is not a romance! It is more of a coming of age stories and I think you have to relate to Grace to really appreciate it.

Sixteen-year-old Deka lives in fear and anticipation of the blood ceremony that will determine whether she will become a member of her village. Already different from everyone else because of her unnatural intuition, Deka prays for red blood so she can finally feel like she belongs.

But on the day of the ceremony, her blood runs gold, the color of impurity–and Deka knows she will face a consequence worse than death.

Then a mysterious woman comes to her with a choice: stay in the village and submit to her fate, or leave to fight for the emperor in an army of girls just like her. They are called alaki–near-immortals with rare gifts. And they are the only ones who can stop the empire’s greatest threat.

Knowing the dangers that lie ahead yet yearning for acceptance, Deka decides to leave the only life she’s ever known. But as she journeys to the capital to train for the biggest battle of her life, she will discover that the great walled city holds many surprises. Nothing and no one are quite what they seem to be–not even Deka herself.

The Gilded Ones was much more brutal than I was expecting but I thought it was quite powerful. It did feel like a lot of setup, but I have a feeling the series is only going to get better from here. The Merciless Ones comes out in 2022 and I will be reading it as soon as I can!

What was your favourite debut of 2021?