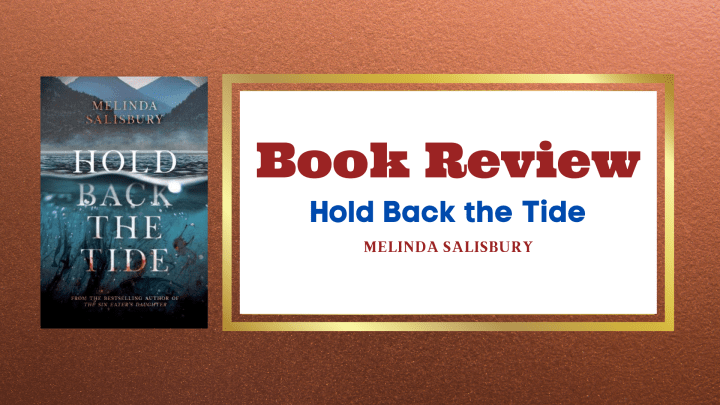 Everyone in this quiet lakeside community knows that Alva’s father killed her mother, all those years ago. There wasn’t enough proof to arrest him, though, and with no other family, Alva’s been forced to live with her mother’s murderer, doing her best to survive until she can earn enough money to run away. One of her chores is to monitor water levels in the loch — a task her father takes very seriously. His family has been the guardian of the loch for generations. It’s a cold, lonely task, and a few times, Alva can swear she feels someone watching her. The more Alva investigates, the more she realizes that the truth can be more monstrous than lies. And while you might be able to outrun anything that emerges from the dark water, you can never escape your past . . .

I knew that I wanted to start September with a spooky book and something about Hold Back the Tide was calling out to me. I truly cannot believe that it only has just over 1,500 ratings on Goodreads. How is this book so underrated?

I have read quite a few monster novels and have never found one that I absolutely loved. I can confidently say that that changed with Hold Back the Tide. While it is gruesome and dark, it is also emotional and deep. I appreciated the focus on the relationship between father and daughter, as it is not something I see explored often in fiction.

I was captivated from the first line, where Alva is telling the reader how to survive living with a murderer- the murderer in this case being her own father. It was chilling!

There are some memorable side characters as well, particularly Ren, who seems to be Alva’s only friend. Though there is no proof, the town knows that Alva’s father murdered her mother and, as a result, Alva and her father are isolated from the rest of the community. Everyone in town works at the mill, and Alva’s father is in charge of checking the water levels, insuring that the mill isn’t using too much water. Alva notices the water levels are low and people in the town start to go missing, and the story goes on from there in many unexpected and terrifying ways.

I was not prepared for where this story went and the emotions that it would bring out in me. It is confirming for me that I really can connect with horror and it is a genre that I need to explore more often.

At 300 pages, Hold Back the Tide is the perfect book to read if you are looking to get into horror or you need a scary mood to get into the fall mood. Expect me to talk about this more often because it is criminal that it hasn’t gotten more attention!

16 thoughts on “Review- Hold Back the Tide”