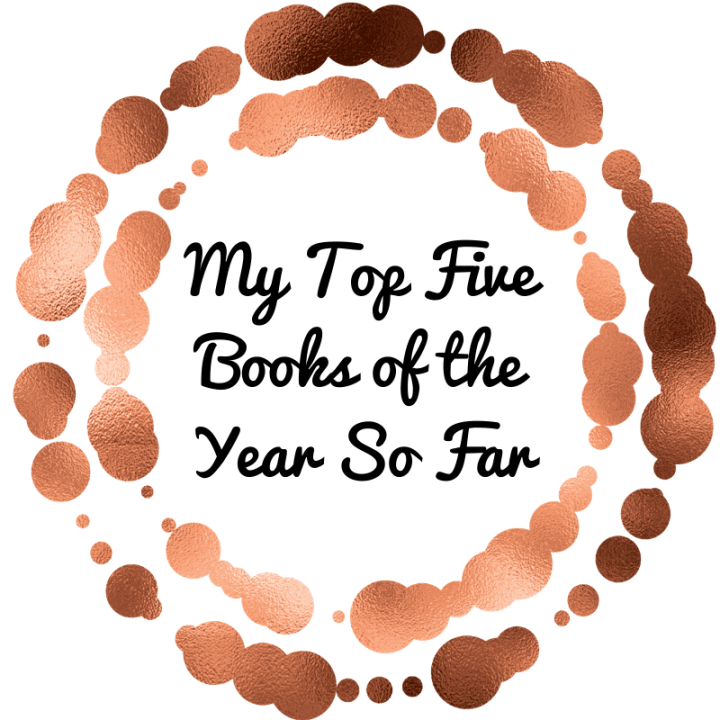 How is it already June?! It is that time of the year where a lot of us start reflecting on how our reading has been so far this year, and I have read some truly standout novels. I wanted to take the time to highlight the five that I considered to be my favourite reads of the year so far! I will be doing more mid-year type posts closer to the end of the month as well.

I have never read anything quite like Piranesi. It is a book that is difficult to describe- you just have to go along for the ride. Susanna Clarke is an incredible writer and you can tell that every single word is intentional. I realized that I love books that are told through letters or journal entries, and it was compelling to see Piranesi slowly come to understand his world and his situation. Read this book for the atmosphere and setting alone- it is so beautiful and unique! This has to be one of the most thought-provoking books that I have ever read and I know that I would take much more away from it upon a reread.

Monday Charles is missing, and only Claudia seems to notice. Claudia and Monday have always been inseparable—more sisters than friends. So when Monday doesn’t turn up for the first day of school, Claudia’s worried. When she doesn’t show for the second day, or second week, Claudia knows that something is wrong. Monday wouldn’t just leave her to endure tests and bullies alone. Not after last year’s rumors and not with her grades on the line. Now Claudia needs her best—and only—friend more than ever. But Monday’s mother refuses to give Claudia a straight answer, and Monday’s sister April is even less help.

As Claudia digs deeper into her friend’s disappearance, she discovers that no one seems to remember the last time they saw Monday. How can a teenage girl just vanish without anyone noticing that she’s gone?

It is no surprise that the one Tiffany D. Jackson book that I have read this year would end up on this list. I actually think that Monday’s Not Coming is my favourite of hers! It affected me in a way that I wasn’t prepared for, though I should have been as Jackson does not shy away from tough subjects. I felt such a strong connection to Claudia and her plight. It was so frustrating that know on in her life took Monday’s disappearance seriously. This is a beautiful book about friendship and there is something so authentic about it. It is also a thriller and there were things I had no idea where coming and changed everything that I thought I knew about this story. So brilliantly done!

Dare I say that I actually preferred Project Hail Mary over The Martian. I had no idea just how emotional this book would make me and how invested I would be in Ryland’s journey. Project Hail Mary has all the heart and humour of The Martian, but the stakes are higher and there is more depth. There is also a lot more science talk, but it felt fairly accessible and was interesting. There truly was never a dull moment in this book and it ended up being everything that I love about SciFi!

Klara and the Sun, the first novel by Kazuo Ishiguro since he was awarded the Nobel Prize in Literature, tells the story of Klara, an Artificial Friend with outstanding observational qualities, who, from her place in the store, watches carefully the behavior of those who come in to browse, and of those who pass on the street outside. She remains hopeful that a customer will soon choose her.

Klara and the Sun is a thrilling book that offers a look at our changing world through the eyes of an unforgettable narrator, and one that explores the fundamental question: What does it mean to love?

There is something so bittersweet about Klara and the Sun. This is the book that confirmed that Kazuo Ishiguro is one of my favourite authors. If you enjoyed Never Let Me Go as much as I did, I think you will also appreciate Ishiguro’s newest book. He is masterful at creating distant futures that feel inevitable. This book will leave you asking yourself a lot of questions. Know going into it that you will never have all of the answers, but that is very much intentional. Klara, our main character, is an AI and we are seeing the world through her eyes, so there is a distance and a lack of understanding. It is so beautifully handled and has a moving ending!

The story that I thought

didn’t start on the day

Amal Shahid has always been an artist and a poet. But even in a diverse art school, he’s seen as disruptive and unmotivated by a biased system. Then one fateful night, an altercation in a gentrifying neighborhood escalates into tragedy. “Boys just being boys” turns out to be true only when those boys are white.

The story that I think

will be my life

Suddenly, at just sixteen years old, Amal’s bright future is upended: he is convicted of a crime he didn’t commit and sent to prison. Despair and rage almost sink him until he turns to the refuge of his words, his art. This never should have been his story. But can he change it?

With spellbinding lyricism, award-winning author Ibi Zoboi and prison reform activist Yusef Salaam tell a moving and deeply profound story about how one boy is able to maintain his humanity and fight for the truth, in a system designed to strip him of both.

Punching the Air is a book I need to talk about more often because I really did this is was incredible! There is something about hard-hitting YA contemporary written in verse that just hits different. Yusef Salaam is one of The Exonerated Five, so you can feel how deeply personal this story is. It is a book you can read in one sitting and spending the rest of the day thinking about. There are also illustrations throughout, which add another layer to the story. Also, I truly believe in the power of art, and this book highlights that. Just talking about it makes me want to reread it!

What is the best book you have read so far this year?