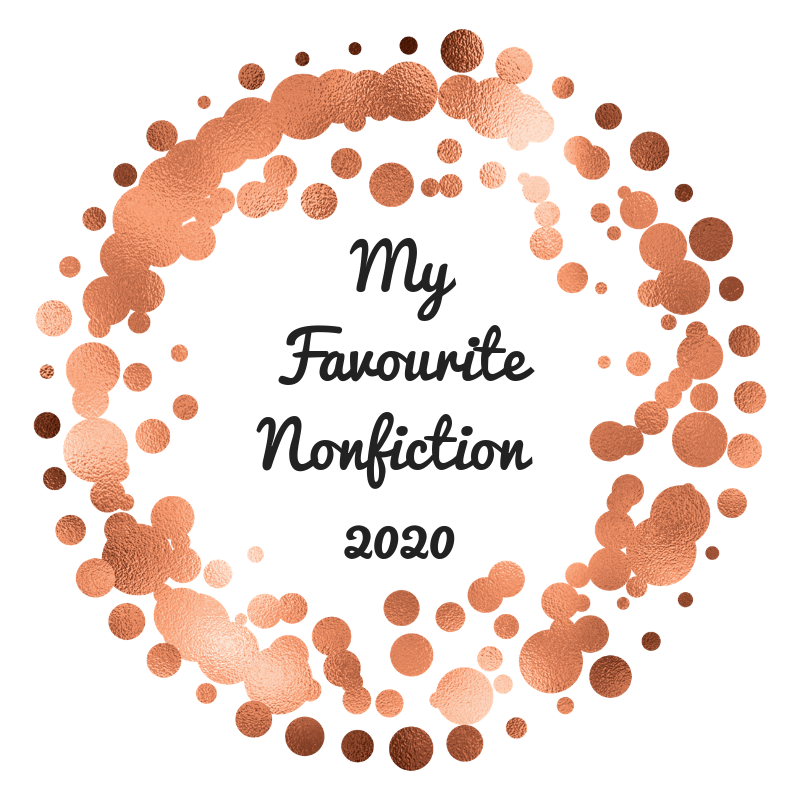 In yesterday’s post, I shared some of my favourite fiction novels of 2020, but I couldn’t let the year end without talking about a few of the wonderful nonfiction titles that I read this year. I didn’t read as much nonfiction this year as I would have liked, but I still managed to find a few new favourites!

Quiet: The Power of Introverts in a World That Can’t Stop Talking by Susan Cain

Ironically, I read Quiet in February before the lockdown, and I had no idea how much I would put what I had learned in this book into practice this year. One of my best friends is very much an extrovert, and I know not being able to socialize in a traditional way this year has been extremely difficult for her. Of course, it has been tough for me (and everyone!), but in a different way. I think that Quiet has helped me to understand myself in a new way and to appreciate my introversion. I think it is a must read for anyone who has seen their introversion as something negative!

A River of Darkness: One Man’s Escape from North Korea by Masaji Ishikawa

It was actually my brother, who is not a huge reader, who inspired me to pick up A River in Darkness. My brother is fascinated by North Korea, and this one as well as Escape from Camp 14 (which is on my TBR for 2021!) are the two that he is always recommending. I knew very little about North Korea going into this book, and it was eyeopening. Ishikawa’s journey was so harrowing and the choices that he is forced to make are ones no one should have to contemplate. The name “Masaji Ishikawa” is an alias, and little is known about the author’s whereabouts today. I think about him and his family often.

The Office: The Untold Story of the Greatest Sitcom of the 2000s by Andy Greene

The Office is my favourite TV show- I watch it every night before I go to bed. So, it is no surprise that I absolutely loved this book! It was so interesting to get some behind the scenes information on how the show was made and what the actors, writers, producers, etc., all thought about it. I find myself telling people little tidbits that I learned, but no one seems to care! I now have an even greater appreciation for The Office, which I didn’t think was possible.

Just Mercy: A Story of Justice and Redemption by Bryan Stevenson

The Sun Does Shine by Anthony Ray Hinton is one of my favourites memoirs, and Bryan Stevenson was responsible for Hinton’s release from death row in 2015. I have been meaning to read Just Mercy for two years now, and I am so glad that I finally did. I do not follow many people’s careers, but Stevenson is someone who I admired and Google often. I am always reading articles about him! His memoir is a must read, and I also enjoyed the movie adaptation.

The Girl Who Smiled Beads: A Story of War and What Comes After by Clemantine Wamariya

I am always talking about how much I appreciate a raw and honest memoir, and I don’t think anyone is more vulnerable or truthful in her writing than Clemantine Wamariya is in The Girl Who Smiled Beads. Her anger, frustration, sadness, and strength leaps from the page- she holds nothing back. The book is under 300 pages, so I read it quickly, but it is one that I want to revisit in the future because I think I will take even more away from it upon a reread and some annotating.

I have not read many YA memoirs, and that is such a shame! All Boys Aren’t Blue should be on the shelves in every classroom. I strongly believe that a book like this could be life changing for some readers. All Boys Aren’t Blue is a series of essay, each one being more powerful than the next. There are moments that are difficult to read, and others that are touching and sweet. What stands out in my mind are the letters that Johnson wrote to different people in their life- so moving!

Catch and Kill: Lies, Spies, and a Conspiracy to Protect Predators by Ronan Farrow

If you are going to read Catch and Kill, make sure that you have some time set aside to fall down a YouTube rabbit hole. You are going to want to watch all of Ronan Farrow’s interviews after this! Catch and Kill talks about the start of the #metoo movement and shines a light on how many people covered for Harvey Weinstein. Farrow faced so many roadblocks when trying to expose Weinstein, and it was so frustrating and upsetting to read. I will never look at NBC the same way! She Said by Jodi Kantor and Megan Twohey, which also covers this topic, is high on my TBR.

I read Machado’s short story collection, Her Bodies and Other Parties, so I already knew that I adored her writing, but In The Dream House took it to another level. She was very experimental in how she wrote her memoir, and it worked. Domestic abuse within a queer relationship is not something that is often discussed, so I was blown away by Machado’s vulnerability in sharing her story.

Do we share any nonfiction favourites? What is the best nonfiction book you read in 2020?