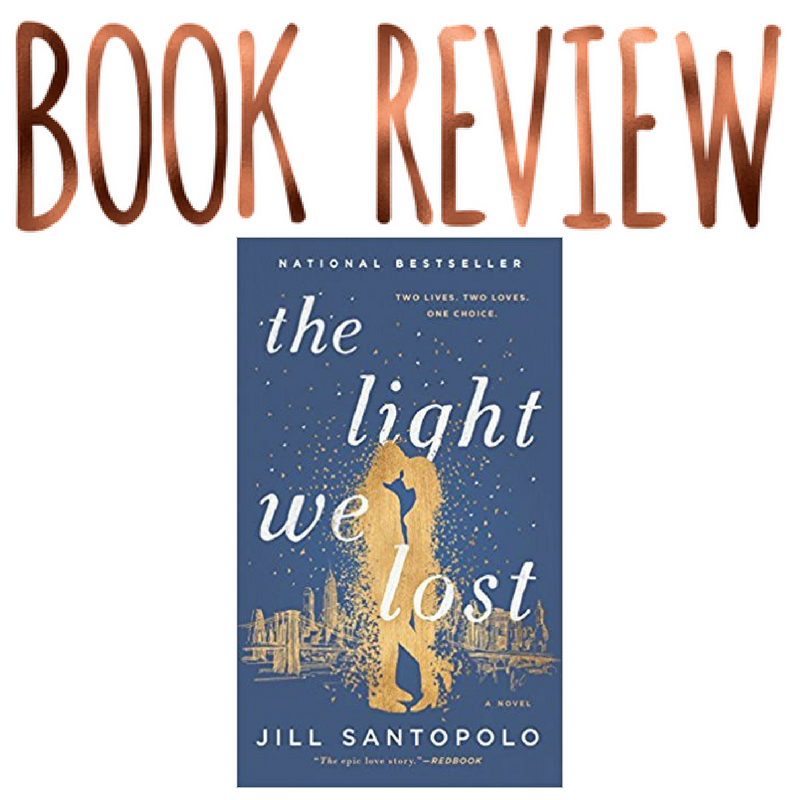 Goodreads Summary– He was the first person to inspire her, to move her, to truly understand her. Was he meant to be the last?

Lucy is faced with a life-altering choice. But before she can make her decision, she must start her story—their story—at the very beginning.

Lucy and Gabe meet as seniors at Columbia University on a day that changes both of their lives forever. Together, they decide they want their lives to mean something, to matter. When they meet again a year later, it seems fated—perhaps they’ll find life’s meaning in each other. But then Gabe becomes a photojournalist assigned to the Middle East and Lucy pursues a career in New York. What follows is a thirteen-year journey of dreams, desires, jealousies, betrayals, and, ultimately, of love. Was it fate that brought them together? Is it choice that has kept them away? Their journey takes Lucy and Gabe continents apart, but never out of each other’s hearts.

The Light We Lost was extremely fast-paced and easily readable! Even though there were a lot of things I disliked about it (as you will see) I still could not put it down and stuck with it until the end. That is definitely a credit to the author’s writing!

This love story has got to be one of the most frustrating, cringe-worthy, and annoying romances that I have ever read! I much preferred Bella and Edward!! I was not invested in their relationship, in fact I was actively rooting against it. Were we supposed to be hoping they would end up together? Well I guess they are both horrible and would deserve each other.

The two main characters are selfish, one-dimensional, and pretentious. They both think that they are better than everyone else. They make stupid decisions because they are ‘so in love’ and it was painful to read! I found them to be very shallow, and even though many years pass they never mature.

I did not appreciate the message that this book sends! It makes it seems as if it is okay to manipulate and betray people if you are doing it for love. Love does not trump all!!! Just because you are madly in love does not give you the right to be an awful person!

I should have known how emotionally manipulative this book would be when the main characters meet on September 11th, 2001 and share a kiss while standing on a rooftop overlooking the city. That left a bad taste in my mouth.

“A tear rolled down my cheek. If you died, I realized just then, it would mean that I’d be the keeper of our memories. I’d be the only one on Earth who had experienced them.”

A lot of people loved this book, and it was even a Reese Witherspoon book club pick, so maybe other people are seeing something I am not! I do not remember that last time I had such a frustrating reading experience. I wanted to shake these characters and tell them to pull themselves together!!

8 thoughts on “Review- The Light We Lost”