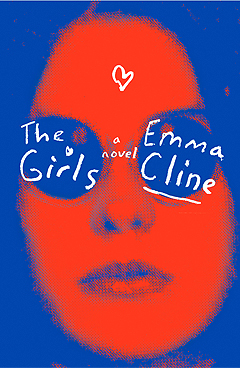 Goodreads Summary– Northern California, during the violent end of the 1960s. At the start of summer, a lonely and thoughtful teenager, Evie Boyd, sees a group of girls in the park, and is immediately caught by their freedom, their careless dress, their dangerous aura of abandon. Soon, Evie is in thrall to Suzanne, a mesmerizing older girl, and is drawn into the circle of a soon-to-be infamous cult and the man who is its charismatic leader. Hidden in the hills, their sprawling ranch is eerie and run down, but to Evie, it is exotic, thrilling, charged—a place where she feels desperate to be accepted. As she spends more time away from her mother and the rhythms of her daily life, and as her obsession with Suzanne intensifies, Evie does not realize she is coming closer and closer to unthinkable violence, and to that moment in a girl’s life when everything can go horribly wrong.

“You wanted things and you couldn’t help it, because there was only your life, only yourself to wake up with, and how could you ever tell yourself what you wanted was wrong?”

“My glitchy adolescent brain was desperate for causalities, for conspiracies that drenched every word, every gesture, with meaning.”

“That seemed fair to me, as if fairness were a measure the universe cared anything about.”

I really do not even know how I feel about The Girls.  It was a quick read for me and I enjoyed it, but there was just something missing that I can’t put my finger on! That said, Emma Cline is a talented writer and I look forward to reading more books by her!

Have you read The Girls? What is your opinion of it?

13 thoughts on “Review- The Girls by Emma Cline”