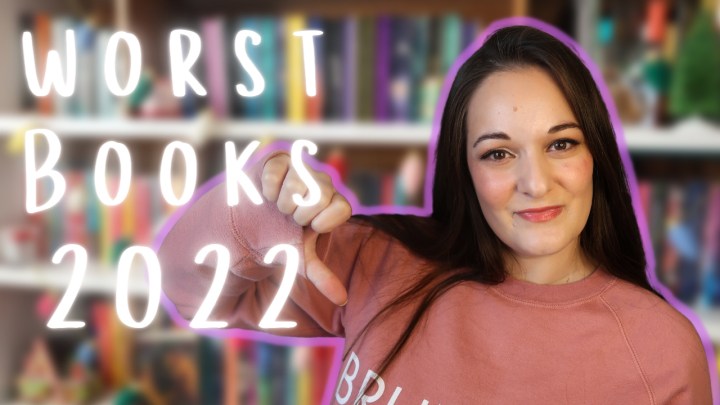 I have really embraced DNFing this year, so I am happy to report that I don’t have a ton of disappointing reads to share. Every book on this list is one that I thought had great potential and was excited to read but they didn’t work for me in the end.

The Maid received a ton of praise and even won the Best Thriller category for the Goodreads Choice Awards. It is a book that I flew through but was ultimately let down by. I don’t think the mystery was strong, but that is not where most of my issues lie. Something about this made me feel uncomfortable and I thought it relied on a lot of cliches and stereotypes. I felt there were some blatant inconsistencies in how Molly was written and I was left feeling frustrated.

I was so excited to read Love and Other Words because I know it is one of Christina Lauren’s most popular books, but I had some serious issues with this one, particularly when it comes to the ending. I love a good second-chance romance, so I thought this had potential, but I knew that this wouldn’t be the book for me the second that our hero breaks up with his girlfriend after a brief run-in with our heroine. I also struggled with the fact that they kept putting off this very important conversation that they needed to have and we don’t find out what happened between them when they were teenagers until the end of the book. That is when this truly made me mad and telling you why would be a spoiler but the reason for the breakup was traumatizing for one of the characters and they are blamed for it and the issue isn’t addressed in an appropriate or sympathetic way. I will be honest, I have only loved one book by Christina Lauren and I am starting to wonder if they are the author for me.

Book Lovers was my first Emily Henry and I was so excited because I adored the premise. I also loved the beginning and the email exchanges we got between Nora and Charlie. It quickly fell apart for me after that! First of all, this is pitched as a rival to lovers, which it is not. They have one awkward encounter and then when they eventually run into each other again it almost felt like insta-love to me. I think think that we desperately needed Charlie’s POV to not only understand his motivations but also to get a break from being in Nora’s head. I actually found the romance took a back seat to the relationship between Nora and her sister, which was frustrating. Don’t get me wrong, I love when romances have deeper themes, Abby Jimenez is one of my favourite authors after all, but I don’t think that Emily Henry found the right balance here. Ultimately, it was just not the romance for me.

American Gods has been on my TBR for over tens years and, while I am happy to have finally read it, I was so disappointed! I have read and loved books by Gaiman in the past, but this was nothing like I expected it to be. This was a slog and I could not stand Shadow! I loved the basic premise of a battle between old and new gods, but this was more confusing and random than anything. I probably should have just DNFed it but I hyped it up so much in my head, so I was stubborn.

I don’t have much to say about Insomnia other than it is the book that made me realize that domestic thrillers truly are not for me! I also don’t think I enjoy thrillers centred around insomnia. I just read All the Dangerous Things, which I did enjoy more than this one, but it also wasn’t a favourite. I think I am very picky when it comes to unreliable narrators! Also, the obsession with turning 40 got on my nerves. I understood where that was coming from for the character, but it was grating.

I so wanted to love The Nature of Witches because the premise sounded amazing and, to be honest, my edition is gorgeous! Sadly, this did not work for me. I thought that the magic was compelling and the conversations around climate change had potential, but all of that was overshadowed by a romance I had zero interest in. I was actually more invested in Clara’s past relationship but we only got a glimpse of that.

No one is sadder than I am that Hook, Line, and Sinker ended up being a disappointment for me! I adored It Happened One Summer and I even loved the glimpses of Hannah and Fox that we got in that first book. This made me so excited for them to have their own book but I found their relationship to be unhealthy and they both had things they needed to work on before they should have even entertained the idea of being together. We didn’t get the sweetness and banter that we got in the first book and I also thought that the charm of the fishing town was lost here. I also wasn’t invested in Hannah’s work problems, which is extra sad since one of her hang-ups was that she always felt like a supportive character and I seemed to prefer her that way…

The Memoirs of Lady Trent series as a whole was disappointing to me, but I could not believe where we ended up in the last book! There was so much build-up to this great discovery that made Lady Trent famous and I think I just wanted something different. There was a lot of luck when it came to Lady Trent’s “discoveries” and it felt like she was constantly in the right place at the right time. I wanted more of the science! I also wish she had a little bit more self-awareness, as these are written as her memoirs after all. We got glimpses of her realizing her privilege but they were few and far between. I just felt like the tone of the entire series changed in this book and tainted my view of the rest of the books in the series, though The Voyage of the Basilisk is actually my least favourite book in the series.