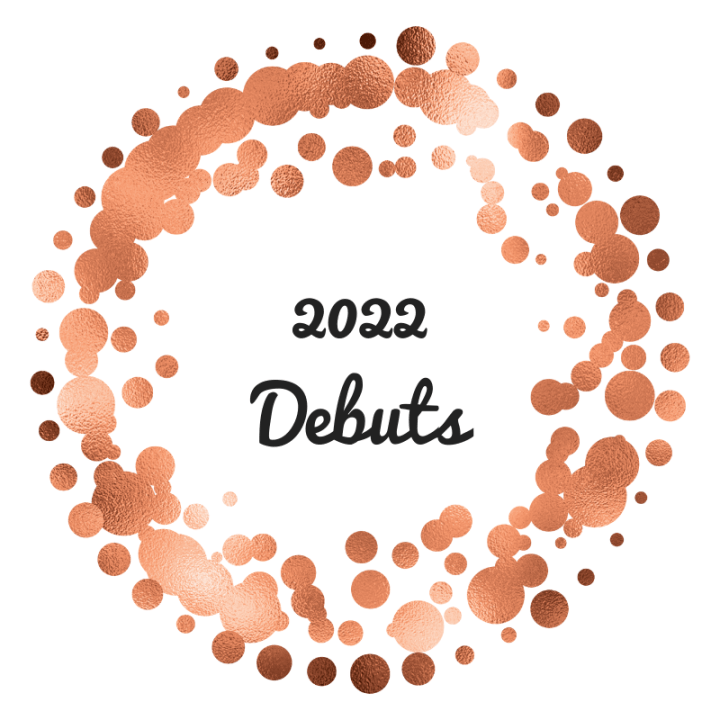 I love a good debut and I try to highlight them whenever I can! There were a lot of amazing debuts that came out in 2022 and the books I am sharing in this post are some of my personal favourites.

Death was everywhere. They all stared at me, bumping into one another and slowly coming forward.

Sixteen-year-old Zharie Young is absolutely certain her mother morphed into a zombie before her untimely death, but she can’t seem to figure out why. Why her mother died, why her aunt doesn’t want her around, why all her dreams seem suddenly, hopelessly out of reach. And why, ever since that day, she’s been seeing zombies everywhere.

Then Bo moves into her apartment building―tall, skateboard in hand, freckles like stars, and an undeniable charm. Z wants nothing to do with him, but when he transforms into a half zombie right before her eyes, something feels different. He contradicts everything she thought she knew about monsters, and she can’t help but wonder if getting to know him might unlock the answers to her mother’s death.

As Zharie sifts through what’s real and what’s magic, she discovers a new truth about the world: Love can literally change you―for good or for dead.

In this surrealist journey of grief, fear, and hope, Britney S. Lewis’s debut novel explores love, zombies, and everything in between in an intoxicating amalgam of the real and the fantastic.

While you might go into The Undead Truth of Us expecting a zombie novel, it is really a story about grief and the zombies are more of a metaphor. Britney S. Lewis’ writing was powerful and this is a story that will stay with you. I cannot wait for her sophomore novel, The Dark Place.

Three weddings. Three funerals. Alessa’s gift from the gods is supposed to magnify a partner’s magic, not kill every suitor she touches.

Now, with only weeks left until a hungry swarm of demons devours everything on her island home, Alessa is running out of time to find a partner and stop the invasion. When a powerful priest convinces the faithful that killing Alessa is the island’s only hope, her own soldiers try to assassinate her.

Desperate to survive, Alessa hires Dante, a cynical outcast marked as a killer, to become her personal bodyguard. But as rebellion explodes outside the gates, Dante’s dark secrets may be the biggest betrayal. He holds the key to her survival and her heart, but is he the one person who can help her master her gift or destroy her once and for all?

This Vicious Grace is probably going to end up on my best books of the year list- it was that good! The romance here was strong, but I also thought that the world-building was fantastic and I loved the found family. I have a countdown on my phone for the release of the sequel!

For best friends Miliani, Inez, Natalie and Jasmine, Providence, Rhode Island has a magic of its own. From the bodegas and late-night food trucks on Broad Street to The Hill that watches over the city, every corner of Providence glows with memories of them practicing spells, mixing up potions and doing séances with the help of the magic Miliani’s Filipino grandfather taught her.

But when Jasmine is killed by a drunk driver, the world they have always known is left haunted by grief…and Jasmine’s lingering spirit. Determined to bring her back, the surviving friends band together, testing the limits of their magic and everything they know about life, death, and each other.

And as their plan to resurrect Jasmine grows darker and more demanding than they imagined, their separate lives begin to splinter the bonds they depend on, revealing buried secrets that threaten the people they care about most. Miliani, Inez and Natalie will have to rely on more than just their mystical abilities to find the light.

Deep in Providence is another story that focuses on grief and was beautifully written. I will say that I struggled to distinguish between the different POVs, but the magic was interesting and the story was emotional. The author has another book coming out in 2023!

They say you can never go home again, and for Persephone Fraser, ever since she made the biggest mistake of her life a decade ago, that has felt too true. Instead of glittering summers on the lakeshore of her childhood, she spends them in a stylish apartment in the city, going out with friends, and keeping everyone a safe distance from her heart.

Until she receives the call that sends her racing back to Barry’s Bay and into the orbit of Sam Florek—the man she never thought she’d have to live without.

For six summers, through hazy afternoons on the water and warm summer nights working in his family’s restaurant and curling up together with books—medical textbooks for him and work-in-progress horror short stories for her—Percy and Sam had been inseparable. Eventually that friendship turned into something breathtakingly more, before it fell spectacularly apart.

When Percy returns to the lake for Sam’s mother’s funeral, their connection is as undeniable as it had always been. But until Percy can confront the decisions she made and the years she’s spent punishing herself for them, they’ll never know whether their love might be bigger than the biggest mistakes of their past.

Told over the course of six years and one weekend, Every Summer After is a big, sweeping nostalgic look at love and the people and choices that mark us forever.

Six summers to fall in love. One moment to fall apart. A weekend to get it right.

Every Summer After received a lot of hype this year and I had a great time with this messy romance! None of these characters were perfect, but I was rooting for them nonetheless. The fact that it is set on a lake in Ontario brought me so much nostalgia. Her sophomore novel, Meet Me at the Lake, comes out next year.

When Sara Foster runs away from home at sixteen, she leaves behind not only the losses that have shattered her world but the girl she once was, capable of trust and intimacy. Years later, in Los Angeles, she is a sought-after bartender, renowned as much for her brilliant cocktails as for the mystery that clings to her. Across the city, Emilie Dubois is in a holding pattern. In her seventh year and fifth major as an undergraduate, she yearns for the beauty and community her Creole grandparents cultivated but is unable to commit. On a whim, she takes a job arranging flowers at the glamorous restaurant Yerba Buena and embarks on an affair with the married owner.

When Sara catches sight of Emilie one morning at Yerba Buena, their connection is immediate. But the damage both women carry, and the choices they have made, pulls them apart again and again. When Sara’s old life catches up to her, upending everything she thought she wanted just as Emilie has finally gained her own sense of purpose, they must decide if their love is more powerful than their pasts.

At once exquisite and expansive, astonishing in its humanity and heart, Yerba Buena is a love story for our time and a propulsive journey through the lives of two women finding their way in the world.

This is cheating a little bit because Nina LaCour has written many YA novels, but Yerba Buena is her adult debut and I adored it! I would call this more of a love story than a romance, but it has stayed with me and I hope the author continues to write in this age category.

Growing up on the moon, Xingyin is accustomed to solitude, unaware that she is being hidden from the feared Celestial Emperor who exiled her mother for stealing his elixir of immortality. But when Xingyin’s magic flares and her existence is discovered, she is forced to flee her home, leaving her mother behind.

Alone, powerless, and afraid, she makes her way to the Celestial Kingdom, a land of wonder and secrets. Disguising her identity, she seizes an opportunity to learn alongside the emperor’s son, mastering archery and magic, even as passion flames between her and the prince.

To save her mother, Xingyin embarks on a perilous quest, confronting legendary creatures and vicious enemies across the earth and skies. But when treachery looms and forbidden magic threatens the kingdom, she must challenge the ruthless Celestial Emperor for her dream—striking a dangerous bargain in which she is torn between losing all she loves or plunging the realm into chaos.

Daughter of the Moon Goddess begins an enchanting, romantic duology which weaves ancient Chinese mythology into a sweeping adventure of immortals and magic—where love vies with honor, dreams are fraught with betrayal, and hope emerges triumphant.

Daughter of the Moon Goddess has been everywhere this year, and for good reason! I loved this book and it has actually grown on me over time. I have the sequel, Heart of the Sun Warrior, and have plans to read it in December.

This is what they deserve. They wanted me to be a monster.
I will be the worst monster they ever created.

Fifteen-year-old Sloane can incinerate an enemy at will—she is a Scion, a descendant of the ancient Orisha gods.

Under the Lucis’ brutal rule, her identity means her death if her powers are discovered. But when she is forcibly conscripted into the Lucis army on her fifteenth birthday, Sloane sees a new opportunity: to overcome the bloody challenges of Lucis training, and destroy them from within.

Sloane rises through the ranks and gains strength but, in doing so, risks something greater: losing herself entirely, and becoming the very monster that she abhors.

Blood Scion is one of the most brutal books I have ever read and it left me with a heavy feeling, but it was incredible. I have preordered the sequel, War Widow, because I have to know what happens next!

High Fantasy with a double-shot of self-reinvention

Worn out after decades of packing steel and raising hell, Viv the orc barbarian cashes out of the warrior’s life with one final score. A forgotten legend, a fabled artifact, and an unreasonable amount of hope lead her to the streets of Thune, where she plans to open the first coffee shop the city has ever seen.

However, her dreams of a fresh start pulling shots instead of swinging swords are hardly a sure bet. Old frenemies and Thune’s shady underbelly may just upset her plans. To finally build something that will last, Viv will need some new partners and a different kind of resolve.

A hot cup of fantasy slice-of-life with a dollop of romantic froth.