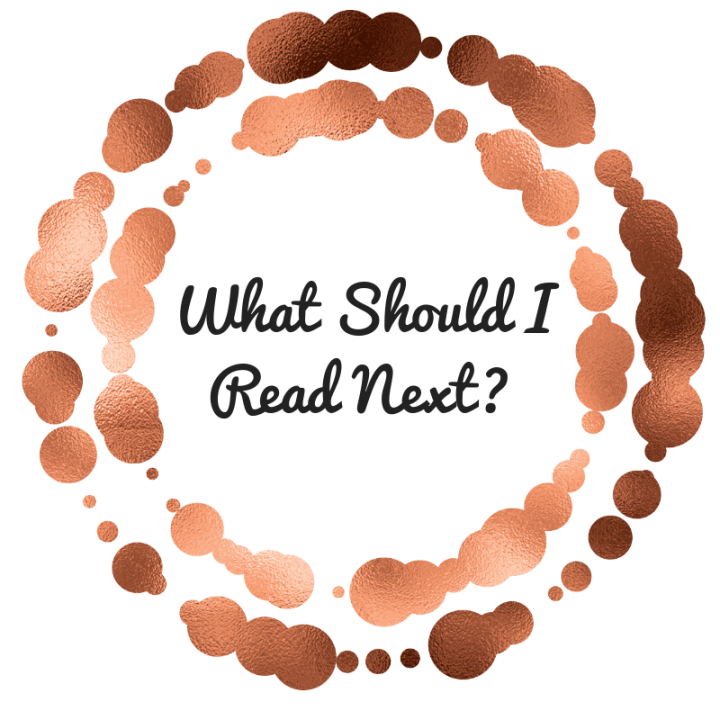 I am about to finish the audiobook of Gods & Monsters, the third book in the Serpent & Dove series, and I will probably be posting a review of the entire series sometime soon! I have been trying to decide what to listen to next and I am torn. I am in the middle of Empire of Pain by Patrick Radden Keefe, but that is a longer nonfiction and I am taking my time with it. I am looking for something more fast-paced and probably a thriller.

I have a few options, so I thought I would tell you a little bit about them all and then include a poll so you can vote on what I should read next. Or give me your thoughts in the comments!

A Black father. A white father. Two murdered sons. A quest for vengeance.

Ike Randolph has been out of jail for fifteen years, with not so much as a speeding ticket in all that time. But a Black man with cops at the door knows to be afraid.

The last thing he expects to hear is that his son Isiah has been murdered, along with Isiah’s white husband, Derek. Ike had never fully accepted his son but is devastated by his loss.

Derek’s father Buddy Lee was almost as ashamed of Derek for being gay as Derek was ashamed his father was a criminal. Buddy Lee still has contacts in the underworld, though, and he wants to know who killed his boy.

Ike and Buddy Lee, two ex-cons with little else in common other than a criminal past and a love for their dead sons, band together in their desperate desire for revenge. In their quest to do better for their sons in death than they did in life, hardened men Ike and Buddy Lee will confront their own prejudices about their sons and each other, as they rain down vengeance upon those who hurt their boys.

Razorblade Tears is a new release that is getting a lot of buzz. I am intrigued by the set up of these two ex-cons of different races coming together to avenge the murders of their sons, who were married. I have heard incredible things and I do have to read it for a buddy read on Instagram. I am excited to listen to it on audiobook. Adam Lazarre-White is the narrator and I have really enjoyed his narrating style in the past. This does seem to be on the heavier side though, so I am not sure it is quite what I am in the mood for!

The Delaney family love one another dearly—it’s just that sometimes they want to murder each other . . .

If your mother was missing, would you tell the police? Even if the most obvious suspect was your father?

This is the dilemma facing the four grown Delaney siblings.

The Delaneys are fixtures in their community. The parents, Stan and Joy, are the envy of all of their friends. They’re killers on the tennis court, and off it their chemistry is palpable. But after fifty years of marriage, they’ve finally sold their famed tennis academy and are ready to start what should be the golden years of their lives. So why are Stan and Joy so miserable?

The four Delaney children—Amy, Logan, Troy, and Brooke—were tennis stars in their own right, yet as their father will tell you, none of them had what it took to go all the way. But that’s okay, now that they’re all successful grown-ups and there is the wonderful possibility of grandchildren on the horizon.

One night a stranger named Savannah knocks on Stan and Joy’s door, bleeding after a fight with her boyfriend. The Delaneys are more than happy to give her the small kindness she sorely needs. If only that was all she wanted.

Later, when Joy goes missing, and Savannah is nowhere to be found, the police question the one person who remains: Stan. But for someone who claims to be innocent, he, like many spouses, seems to have a lot to hide. Two of the Delaney children think their father is innocent, two are not so sure—but as the two sides square off against each other in perhaps their biggest match ever, all of the Delaneys will start to reexamine their shared family history in a very new light.

I was so excited to see that Apples Never Fall was one of the ALCs from Libro.fm for August! I honestly had no idea that Liane Moriarty had a new book coming out. I love the two books that I have read from her- Big Little Lies and The Husband’s Secret. She is so great at what she does! I love that Apples Never Fall is focused on a family and that two of the siblings believe their fathers is innocent of their mother’s disappearance while the other two are unsure. Early reviews having been amazing and I adore the narrator, Caroline Lee. The only reason I am reluctant to start it now is that it is an 18 hour audiobook!

When a young man is found gruesomely murdered in a London houseboat, it triggers questions about three women who knew him. Laura is the troubled one-night-stand last seen in the victim’s home. Carla is his grief-stricken aunt, already mourning the recent death of yet another family member. And Miriam is the nosy neighbor clearly keeping secrets from the police. Three women with separate connections to the victim. Three women who are – for different reasons – simmering with resentment. Who are, whether they know it or not, burning to right the wrongs done to them. When it comes to revenge, even good people might be capable of terrible deeds. How far might any one of them go to find peace? How long can secrets smolder before they explode into flame?

Look what you started.

A Slow Fire Burning is another August ALC from Libro.fm! I know that both of Paula Hawkins books, The Girl on the Train and Into the Water, get mixed reviews, but I enjoyed them, especially Into the Water. Once again, the early reviews for A Slow Fire Burning have been mixed, but I am trying to not let that affect my excitement for it because I have enjoyed her stuff in the past. I have a feeling that it will be a slow burn with a lot of characters, which I am actually drawn to. I have never listened to her books on audio, but I think I may even prefer them that way! And I just noticed that Rosamund Pike, who stars in the movie adaptation of Gone Girl, narrates it, which is so exciting!!

Something strange is happening at the Orsk furniture superstore in Cleveland, Ohio. Every morning, employees arrive to find broken Kjerring bookshelves, shattered Glans water goblets, and smashed Liripip wardrobes. Sales are down, security cameras reveal nothing, and store managers are panicking.

To unravel the mystery, three employees volunteer to work a nine-hour dusk-till-dawn shift. In the dead of the night, they’ll patrol the empty showroom floor, investigate strange sights and sounds, and encounter horrors that defy the imagination.

A traditional haunted house story in a thoroughly contemporary setting, Horrorstör is designed to retain its luster and natural appearance for a lifetime of use. Pleasingly proportioned with generous French flaps and a softcover binding, Horrorstör delivers the psychological terror you need in the elegant package you deserve.

Grady Hendrix is one of the authors who made me appreciate horror novels, and I have been meaning to read Horrorstor for years now! I love that the physical copy looks like an IKEA catalogue, but I have a feeling I will appreciate it more on audio. This is definitely backlist while the other books I am leaning towards are new releases or not even out yet, so in my head I think I should read those first. That said, Horrorstor is only 6 hours on audio and I listen on at least 1.5X speed, so I should be able to get through it quickly.

29 thoughts on “Help Me Choose My Next Audiobook”