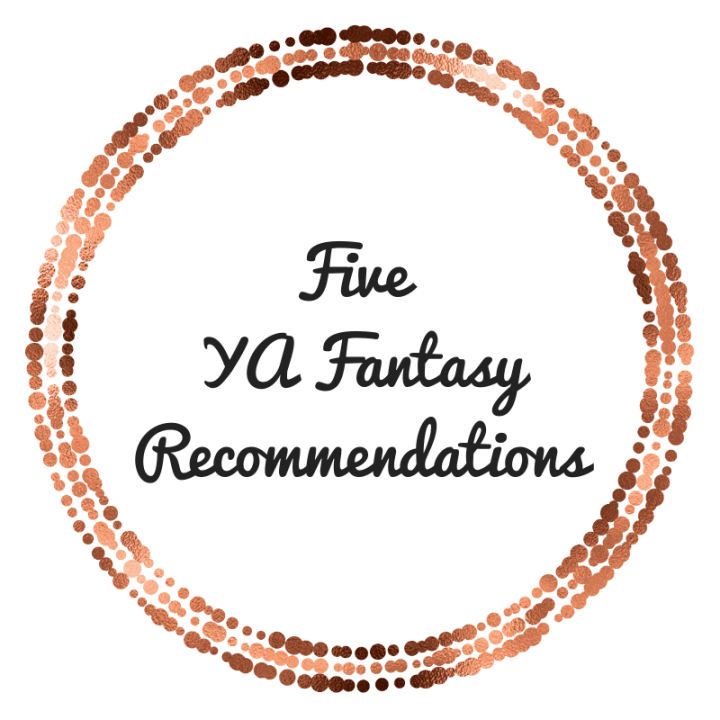 I have always preferred contemporary over fantasy, but since the beginning of the pandemic I have really embraced YA fantasy and there are five books that stand out and made me realize how incredible and varied the genre can be.

Nothing is more important than loyalty. But what if you’ve sworn to protect the one you were born to destroy?

Tarisai has always longed for the warmth of a family. She was raised in isolation by a mysterious, often absent mother known only as The Lady. The Lady sends her to the capital of the global empire of Aritsar to compete with other children to be chosen as one of the Crown Prince’s Council of 11. If she’s picked, she’ll be joined with the other Council members through the Ray, a bond deeper than blood. That closeness is irresistible to Tarisai, who has always wanted to belong somewhere. But The Lady has other ideas, including a magical wish that Tarisai is compelled to obey: Kill the Crown Prince once she gains his trust. Tarisai won’t stand by and become someone’s pawn—but is she strong enough to choose a different path for herself?

Raybearer is my favourite YA fantasy. period. I went into this book with zero expectations and it caught me by complete surprise. I adored all of the characters in this and the worldbuilding and magic system is very unique. This is the book that made me realize how much I love the found family trope. I also appreciate a fantasy where the main character is fighting against their fate and setting on their own path. That is definitely the case for Tarisai. The sequel, Redemptor, cannot come out soon enough- I need to be back in this world and to find out what happens to my beloved characters.

In a world broken by war, a team of young warriors is willing to sacrifice everything to save what they love.

The Karensa Federation has conquered a dozen countries, leaving Mara as one of the last free nations in the world. Refugees flee to its borders to escape a fate worse than death—transformation into mutant war beasts known as Ghosts, creatures the Federation then sends to attack Mara.

The legendary Strikers, Mara’s elite fighting force, are trained to stop them. But as the number of Ghosts grows and Karensa closes in, defeat seems inevitable.

Still, one Striker refuses to give up hope.

Robbed of her voice and home, Talin Kanami knows firsthand the brutality of the Federation. Their cruelty forced her and her mother to seek asylum in a country that considers their people repugnant. She finds comfort only with a handful of fellow Strikers who have pledged their lives to one another and who are determined to push Karensa back at all costs.

When a mysterious prisoner is brought from the front, Talin senses there’s more to him than meets the eye. Is he a spy from the Federation? Or could he be the weapon that will save them all?

I have started so many of Marie Lu’s series, and loved them, but I have never continued on with any of them. I can tell you that that will definitely not be the case for the Skyhunter series! Once again, it is the found family trope that makes this book stand out in my mind. I appreciated the hints of a romance in here- it is definitely a slow burn. The ghost element was intriguing as well. Skyhunter was a refreshing dystopian novel and I keep checking for news of the sequel!

For Malik, the Solstasia festival is a chance to escape his war-stricken home and start a new life with his sisters in the prosperous desert city of Ziran. But when a vengeful spirit abducts Malik’s younger sister, Nadia, as payment into the city, Malik strikes a fatal deal—kill Karina, Crown Princess of Ziran, for Nadia’s freedom.

But Karina has deadly aspirations of her own. Her mother, the Sultana, has been assassinated; her court threatens mutiny; and Solstasia looms like a knife over her neck. Grief-stricken, Karina decides to resurrect her mother through ancient magic . . . requiring the beating heart of a king. And she knows just how to obtain one: by offering her hand in marriage to the victor of the Solstasia competition.

When Malik rigs his way into the contest, they are set on a course to destroy each other. But as attraction flares between them and ancient evils stir, will they be able to see their tasks to the death?

The first in an fantasy duology inspired by West African folklore in which a grieving crown princess and a desperate refugee find themselves on a collision course to murder each other despite their growing attraction.

A Song of Wraiths and Ruin is actually the book that started me on this journey! I loved the world in this one and appreciated that we got the perspectives from both of the main characters. The length of fantasy series often stop me from giving them a chance, so the fact that this is a duology is a bonus! The final book, A Psalm Storms and Silence, comes out August 31st!

The “ironborn” half-fae outcast of her royal fae family.
A tempestuous Fury, exiled to earth from the Immortal Realm and hellbent on revenge.
A dutiful fae prince, determined to earn his place on the throne.
The prince’s brooding guardian, burdened with a terrible secret.

For centuries, the Eight Courts of Folk have lived among us, concealed by magic and bound by law to do no harm to humans. This arrangement has long kept peace in the Courts—until a series of gruesome and ritualistic murders rocks the city of Toronto and threatens to expose faeries to the human world.

Four queer teens, each who hold a key piece of the truth behind these murders, must form a tenuous alliance in their effort to track down the mysterious killer behind these crimes. If they fail, they risk the destruction of the faerie and human worlds alike. If that’s not bad enough, there’s a war brewing between the Mortal and Immortal Realms, and one of these teens is destined to tip the scales. The only question is: which way?

Wish them luck. They’re going to need it.

I feel like I have talked about A Dark and Hollow Star so much lately, but it is just that good! This is the only fae story I have ever loved. The world building and character relationships are what really makes this book special. I love the slow burn romances and the familial relationships in here. I also appreciated the murder mystery- it kept me reading. I cannot wait for the sequel and for more from Ashley Shuttleworth!

After her mother dies in an accident, sixteen-year-old Bree Matthews wants nothing to do with her family memories or childhood home. A residential program for bright high schoolers at UNC–Chapel Hill seems like the perfect escape—until Bree witnesses a magical attack her very first night on campus.

A secret society of so called “Legendborn” students that hunt the creatures down.

And a mysterious teenage mage who calls himself a “Merlin” and who attempts—and fails—to wipe Bree’s memory of everything she saw.

The mage’s failure unlocks Bree’s own unique magic and a buried memory with a hidden connection: the night her mother died, another Merlin was at the hospital. Now that Bree knows there’s more to her mother’s death than what’s on the police report, she’ll do whatever it takes to find out the truth, even if that means infiltrating the Legendborn as one of their initiates.

She recruits Nick, a self-exiled Legendborn with his own grudge against the group, and their reluctant partnership pulls them deeper into the society’s secrets—and closer to each other. But when the Legendborn reveal themselves as the descendants of King Arthur’s knights and explain that a magical war is coming, Bree has to decide how far she’ll go for the truth and whether she should use her magic to take the society down—or join the fight.

Legendborn was my first five star read on 2021! It deserves all of the hype that it has been getting. I never thought I could love an Arthurian retelling quite this much. I think it is Bree, the main character, who really shines in this book. She feels so authentic! I also loved the nuanced conversations that this book brings into focus and the discussion about intergenerational trauma. If you love YA fantasy with competitions, this is the book for you!