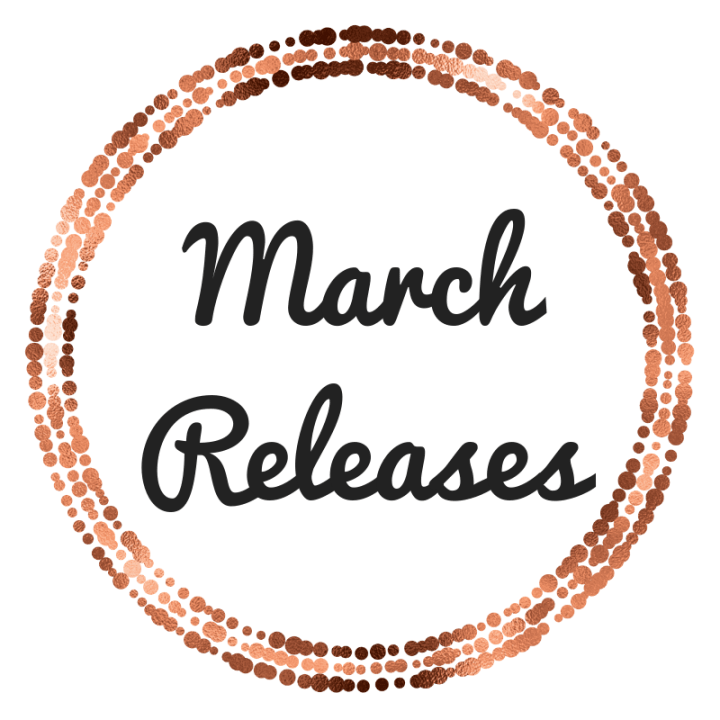 There are so many incredible books coming out this year, that I wanted to do something that I haven’t done before and that is monthly new release posts. My “2021 Releases” shelf is over 200 books, which is intimidating since I read around 100 books a year and a lot of that is backlist…

I am going to include links the the Goodreads page for each of these titles if you want to know about them. This post would be way too long if I included every synopsis!

Klara and the Sun by Kazuo Ishiguro might just be my most anticipated release of the year, as Ishiguro wrote my favourite book- Never Let Me Go. Klara is something called an Artificial Friend who simply observes customers coming in and out of the store and is hoping that she will be chosen. I am intrigued!

Infinite Country by Patricia Engel has already been getting a lot of buzz. The story follows Mauro and Elena from their childhood onward and focuses on immigration, deportation, and familial separation. I have heard that it covers a lot of ground for a book that is just over 200 pages.

Accidentally Engaged by Farah Heron is one I have talked about before and am so excited that I can finally read it soon! This is a fake dating, or in this case a fake engagement, story where Reena and Nadim pretend to be engaged in order to enter a couples cooking competition.

The Lost Apothecary by Sarah Penner is another one I have been seeing everywhere! This is about Nella, who is a female apothecary from the 1700s. She gives poison to women who are seeking revenge against men. There is also a present day timeline that follows Caroline, who finds an old apothecary bottle washed up on the shore and realizes that it is linked to the unsolved “apothecary” murders.

The Babysitter: My Summers with a Serial killer by Liza Rodman and Jennifer Jordan is part memoir and part true crime. Decades after Tony Costa was charged, Liza Rodman realizes that he was once her babysitter, someone she thought was kind and understanding. She is horrified by this realization and is now telling her experience with Costa and their visits to his “secret garden”, where it turns out many of his victims were buried.

It is not often that I highly anticipate a thriller but them premise of Every Last Fear by Alex Finlay really caught my attention. When the Pine family is killed by an apparent gas leak, Matt, who was away at university and is one of the last surviving family members, is not convinced that their deaths were an accident. His older brother, Danny, is currently serving a life sentence for the murder of his girlfriend. Danny’s case was the subject of a popular true crime documentary that convinces audiences of Danny’s innocence; however, Matt saw something the night of the murder that makes him convinced of Danny’s guilt.q

It is almost here- I cannot wait to finally get my hands on Act Your Age, Eve Brown by Talia Hibbert. It is the last book in the Brown Sister series and follows Eve who applies for a chef position at a B&B and accidently hits the owner with her car- breaking his arm. Finding himself short staffed, he reluctantly hires Eve and obviously they fall in love. I am excited for all of the great banter I am sure we are going to get in this one!

The Rose Code by Kate Quinn follows three female codebreakers at Bletchley Park during WWII. From what I have read, there is a large focus on the friendship between these very different women and on the secrets that they keep. I am always open to WWII fiction if it is told from a perspective I haven’t read from before!

Last Call: A True Story of Love, Lust, and Murder in Queer New York by Elon Green is a true crime centered around The Last Call killer from the 80s and 90s who preyed upon gay men in New York. From the reviews I have read, there is a larger focus on the victims and on what the gay community was going through during this time.

I have actually already started an eARC of The Code Breaker: Jennifer Doudna, Gene Editing, and the Future of the Human Race by Walker Isaacson, and I am intrigued. I am not that far into it and there has already been mentions of coronavirus, so it is extremely timely and compelling. I know next to noting about Jennifer Doudna or gene editing, and I am sure a lot of this will go over my head, but I am curious to learn more about the many ways that CRISPR can be used and about the moral and ethical questions that it poses.

Sweet & Bitter Magic by Adrienne Tooley is a YA fantasy novel following two girls, one who is a witch who is unable to feel love and must steal it from others, and the other who is what is called a source and is taking care of her ailing father. When their world is faced with a plague, the two strike a deal and the story plays out from there.

I was kindly sent an ALC of Women and Other Monsters: Building a New Mythology by Jess Zimmerman thanks to Libro.fm. This is a collection of essays that analyzes eleven female monsters and shines a light on feminism. I believe that this is also part memoir. I cannot wait to listen to it!

That Way Madeness Lies: Shakespeare’s Most Notable Work Reimagined edited by Dahlia Adler is exactly what it sounds like. It is a collection of short stories that are retellings of Shakespeare’s plays. I am so excited about the authors who have contributed to this collection, from Anna-Marie McLemore to Mark Oshiro.

Speaking of Anna-Marie McLemore, I am so intrigued by their next release, The Mirror Season:

Graciela Cristales’ whole world changes after she and a boy she barely knows are assaulted at the same party. She loses her gift for making enchanted pan dulce. Neighborhood trees vanish overnight, while mirrored glass appears, bringing reckless magic with it. And Ciela is haunted by what happened to her, and what happened to the boy whose name she never learned.

But when the boy, Lock, shows up at Ciela’s school, he has no memory of that night, and no clue that a single piece of mirrored glass is taking his life apart. Ciela decides to help him, which means hiding the truth about that night. Because Ciela knows who assaulted her, and him. And she knows that her survival, and his, depend on no one finding out what really happened.

Fire Keeper’s Daughter by Angeline Boulley has been on my TBR since it was announced and I am so thrilled that it is finally here. I am also beyond grateful to Libro.fm for sending me an ALC. This book is set in Canada and follows Daunis, who is a biracial teen torn between two worlds. She witnesses a tragedy that leads to her agreeing to be an FBI informant. I am hoping to prioritize this one in March.

Bruised by Tanya Boteju is a book I have read and talked about a lot! Here is a link to my review if you want to hear my thoughts!

The Unbroken by C.L. Clark is the start of a new fantasy series. This is the story of Touraine whose loyalty is tested when she is sent back to her homeland where she was stolen as a baby. She is there to stop a rebellion but finds herself falling in love with a princess. I haven’t looked much more into it because I don’t want to go into it knowing a lot!

I cannot believe we are getting another book from Aiden Thomas so soon! I am someone who loves Peter Pan retellings, so I cannot begin to tell you how excited I am for Lost in the Never Woods. In this retelling Wendy’s brothers have been missing for five years and more children in her town are disappearing. She teams up with Peter to find them.

Of Women and Salt by Gabriela Garcia is historical fiction that focuses on a mother/daughter relationship, which I always love.

Simon and Schuster Canada was kind enough to send me an ARC of The Final Revival of Opal & Nev by Dawnie Walton. This book is being compared to Daisy Jones and the Six as it follows a musical group and is told through a series of interviews.

Wild Women and the Blues by Denny S. Bryce is set in the 20s, which is one of my favourite decades to read about. The book is told through two timelines- one in 2015 following a grieving student who is researching the showgirl from the first timeline, which is set in 1925.

Sweethand by N.G. Peltier is a book I have talked about quite a bit already! This is a hate-to-love romance between Cherisse and Keiran, whose sister and best friend are getting married.

What book are you most looking forward to in March?

25 thoughts on “My Most Anticipated March 2021 Releases”