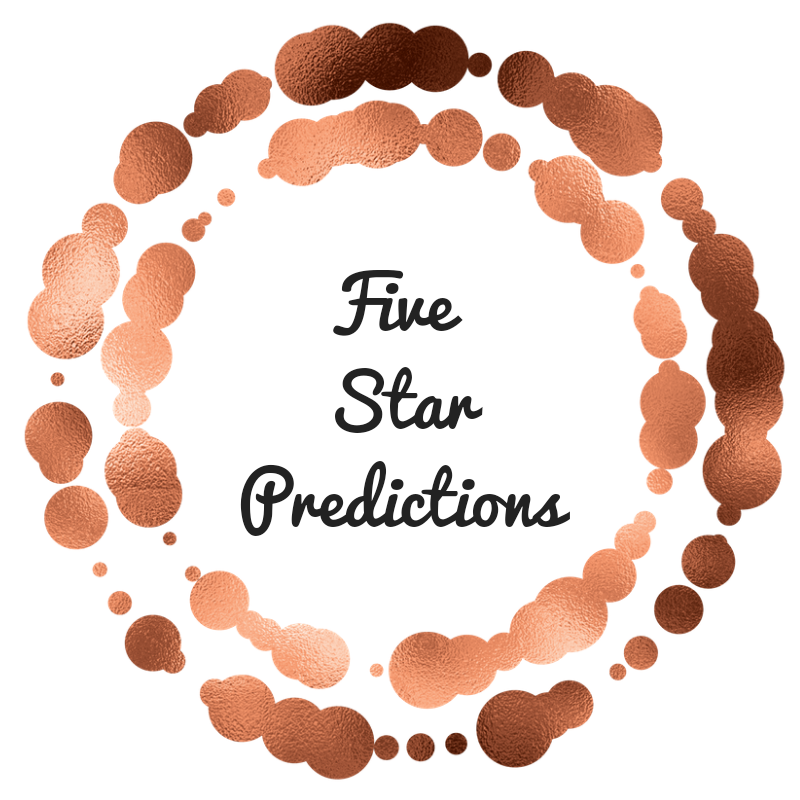 Am I the only one who puts together these “five star prediction” posts and then never reads the books?! Why am I always so hesitant to pick up books I think I am going to love?! That is definitely a habit I am breaking in 2021.

Pet is here to hunt a monster.
Are you brave enough to look?

There are no more monsters anymore, or so the children in the city of Lucille are taught. With doting parents and a best friend named Redemption, Jam has grown up with this lesson all her life. But when she meets Pet, a creature made of horns and colours and claws, who emerges from one of her mother’s paintings and a drop of Jam’s blood, she must reconsider what she’s been told. Pet has come to hunt a monster, and the shadow of something grim lurks in Redemption’s house. Jam must fight not only to protect her best friend, but also to uncover the truth, and the answer to the question — How do you save the world from monsters if no one will admit they exist?

Akwaeke Emezi wrote one of the most haunting books of 2020, The Death of Vivek Oji, so I now want to read all of their backlist. Pet is just over 200 pages, but I have a feeling that it is going to have a lasting impact. Emezi has this way of creating memorable characters, and I am sure that Jam is going to be no different. I will definitely being picking up Pet soon and I am little doubt it is going to end up being a five star read for me!

Just days after Raynor learns that Moth, her husband of 32 years, is terminally ill, their home and livelihood is taken away. With nothing left and little time, they make the brave and impulsive decision to walk the 630 miles of the sea-swept South West Coast Path, from Somerset to Dorset, via Devon and Cornwall.

They have almost no money for food or shelter and must carry only the essentials for survival on their backs as they live wild in the ancient, weathered landscape of cliffs, sea and sky. Yet through every step, every encounter, and every test along the way, their walk becomes a remarkable journey.

The Salt Path is an honest and life-affirming true story of coming to terms with grief and the healing power of the natural world. Ultimately, it is a portrayal of home, and how it can be lost, rebuilt, and rediscovered in the most unexpected ways.

I have mentioned a few times just how much I love the mix of memoir and nature writing, and because of that, so many of you have recommended The Salt Path to me. I recently purchased a copy and I cannot wait to get to it. I just have this feeling that it is going to be a five star read. I am drawn to memoirs of grief and healing, and The Salt Path seems to have so many of my buzz words.

The story that I thought

didn’t start on the day

Amal Shahid has always been an artist and a poet. But even in a diverse art school, he’s seen as disruptive and unmotivated by a biased system. Then one fateful night, an altercation in a gentrifying neighborhood escalates into tragedy. “Boys just being boys” turns out to be true only when those boys are white.

The story that I think

will be my life

Suddenly, at just sixteen years old, Amal’s bright future is upended: he is convicted of a crime he didn’t commit and sent to prison. Despair and rage almost sink him until he turns to the refuge of his words, his art. This never should have been his story. But can he change it?

With spellbinding lyricism, award-winning author Ibi Zoboi and prison reform activist Yusef Salaam tell a moving and deeply profound story about how one boy is able to maintain his humanity and fight for the truth, in a system designed to strip him of both.

I typically love hard-hitting YA written in verse. I quickly read the first few pages of Punching the Air and I am already deeply invested. This is one of those books that I can probably read in one sitting and then will want to reflect on for awhile.

Two sisters travel the same streets,though their lives couldn’t be more different.
Then one of them goes missing.

In a Philadelphia neighborhood rocked by the opioid crisis, two once-inseparable sisters find themselves at odds. One, Kacey, lives on the streets in the vise of addiction. The other, Mickey, walks those same blocks on her police beat. They don’t speak anymore, but Mickey never stops worrying about her sibling.

Then Kacey disappears, suddenly, at the same time that a mysterious string of murders begins in Mickey’s district, and Mickey becomes dangerously obsessed with finding the culprit–and her sister–before it’s too late.

Alternating its present-day mystery with the story of the sisters’ childhood and adolescence, Long Bright River is at once heart-pounding and heart-wrenching: a gripping suspense novel that is also a moving story of sisters, addiction, and the formidable ties that persist between place, family, and fate.

Long Bright River appeared on quite a few “best books of 2020” lists, and I forgot that I had the audiobook! It seems to be the kind of mystery that I enjoy where there is a greater focus on characters than on plot. I am very much intrigued by the premise of this one, and even though it is pretty rare for me to give a thriller/mystery five stars, I have a good feeling about it!

As a botanist, Robin Wall Kimmerer has been trained to ask questions of nature with the tools of science. As a member of the Citizen Potawatomi Nation, she embraces the notion that plants and animals are our oldest teachers. In Braiding Sweetgrass, Kimmerer brings these lenses of knowledge together to show that the awakening of a wider ecological consciousness requires the acknowledgment and celebration of our reciprocal relationship with the rest of the living world. For only when we can hear the languages of other beings are we capable of understanding the generosity of the earth, and learning to give our own gifts in return.

Braiding Sweetgrass is another book that is a mix of nature writing and memoir, and it has been on my TBR for way too long, especially since I know that it is one that I am going to love. I also have to audiobook, so there really is no excuse!