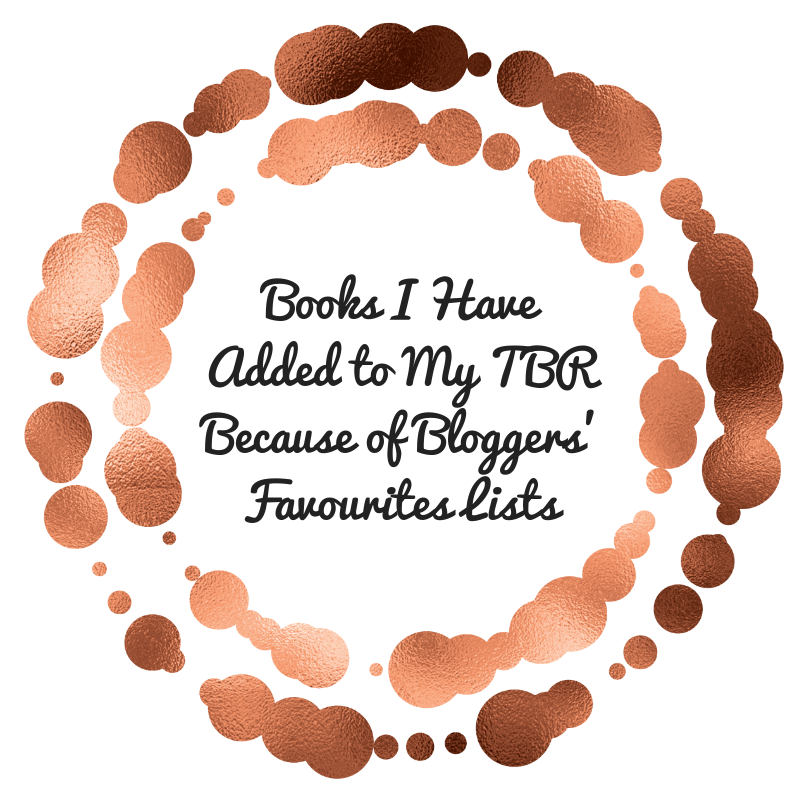 I have been loving everyone’s “Favourite Books of the Year” posts, and I have added so many books to my TBR because of them. It has been awhile since I shared the books I added to my TBR, so I thought that this would be a good a way to do that while also shouting out some bloggers who I love!

When Amber runs, it’s the only time she feels completely free – far away from her claustrophobic home life. Her father wants her to be a dutiful daughter, waiting for an arranged marriage like her sister Ruby.

Running is a quiet rebellion. But Amber wants so much more – and she’s ready to fight for it.

It’s time for a revolution.

Amy @ Amy’s Bookish Life included Run, Rebel on her list, and I cannot believe that this book wasn’t already on my radar. I love the way that she described it as a book about courage and one that stays with you.

In Saskia’s world, bones are the source of all power. They tell the future, reveal the past, and expose secrets in the present. Each village has a designated seer who performs readings for the townsfolk, and in Midwood, the Bone Charmer is Saskia’s mother.

On the day of her kenning—a special bone reading that determines the apprenticeships of all seventeen-year-olds—Saskia’s worst fears come true. She receives an assignment to train as a Bone Charmer, like her mother, and even worse, a match-making reading that pairs her with Bram—a boy who has suspicious tattoos that hint of violence.

Saskia knows her mother saw multiple paths for her, yet chose one she knew Saskia wouldn’t want. Their argument leads to a fracture in one of the bones. Broken bones are always bad luck, but this particular set of bones have been infused with extra magic, and so the break has devastating consequences—Saskia’s future has split as well. Now she will live her two potential paths simultaneously. Only one future can survive. And Saskia’s life is in danger in both

Eliza @ Dusk Angel Reads actually had The Bone Thief on her list, but that is the second book in the duology, so I added the first book, The Bone Charmer, to my TBR. The first thing that caught my attention was the cover, but the premise really intrigues me!

Long ago Andrew made a childhood wish. One he has always kept in a silver box with a too-big lid that falls off. When it finally comes true, he wishes it hadn’t…

Long ago Ben dreamed of going to Africa to volunteer at a lion reserve. When he finally goes there, it isn’t for the reasons he imagined…

Ben and Andrew keep meeting where they least expect. Some collisions are by design, but are they for a reason? Ben’s father would disown him for his relationship with Andrew, so they must hide their love. Andrew is determined to make it work, but secrets from his past threaten to ruin everything.

Ben escapes to Zimbabwe to finally fulfil his lifelong ambition. But will he ever return to England? To Andrew? To the truth?

A dark and poignant drama, The Lion Tamer Who Lost is also a mesmerisingly beautiful love story, with a tragic heart.

Stephen @ Stephen Writes and I have very similar reading tastes, so whenever he recommends a book I have never heard of, I always pay attention. He described The Lion Tamer Who Lost as a unique love story, which is all I needed to hear.

A forest, besieged. A queen, unyielding. Fans of Leigh Bardugo and Holly Black will devour this deliciously dark Eastern European–inspired YA fantasy debut.

When the Golden Dragon descended on the forest of Kamiena, a horde of monsters followed in its wake.

Ren, the forest’s young queen, is slowly losing her battle against them. Until she rescues Lukasz—the last survivor of a heroic regiment of dragon slayers—and they strike a deal. She will help him find his brother, who vanished into her forest… if Lukasz promises to slay the Dragon.

But promises are all too easily broken.

Breanna @ Paws & Paperbacks had Don’t Call the Wolf on her list and the cover instantly caught my eye! Just look at it! She also described it as dark and atmospheric, which are two of my biggest buzzwords.

Xochital is destined to wander the desert alone, speaking her troubled village’s stories into its arid winds. Her only companions are the blessed stars above and enimagic lines of poetry magically strewn across dusty dunes.

Her one desire: to share her heart with a kindred spirit.

One night, Xo’s wish is granted—in the form of Emilia, the cold and beautiful daughter of the town’s murderous mayor. But when the two set out on a magical journey across the desert, they find their hearts could be a match… if only they can survive the nightmare-like terrors that arise when the sun goes down.

Alexandra @ Enthralled Bookworm and I have so many favourites in common, and Each of Us a Desert was the only book on her list that I had not heard about, so of course I had to add it to my TBR.

Growing up in foster care, Muir has lived in many houses. And if she’s learned one thing, it is to Pack. Light.
Carry only what fits in a suitcase.
Toothbrush? Yes.
Socks? Yes.
Emotional attachment to friends? foster families? a boyfriend? Nope!
There’s no room for any additional baggage.
Muir has just one year left before she ages out of the system. One year before she’s free. One year to avoid anything–or anyone–that could get in her way.

Then she meets Francine. And Kira. And Sean.

Christina @ Girl in the Pages described What I Carry as quiet and poignant novel, which definitely appeals to me. It is said to be the perfect book for fans of Far From the Tree by Robin Benway, which is one of my favourite books.

Sentaro has failed. He has a criminal record, drinks too much, and his dream of becoming a writer is just a distant memory. With only the blossoming of the cherry trees to mark the passing of time, he spends his days in a tiny confectionery shop selling dorayaki, a type of pancake filled with sweet bean paste.

But everything is about to change.

Into his life comes Tokue, an elderly woman with disfigured hands and a troubled past. Tokue makes the best sweet bean paste Sentaro has ever tasted. She begins to teach him her craft, but as their friendship flourishes, social pressures become impossible to escape and Tokue’s dark secret is revealed, with devastating consequences.

Sweet Bean Paste is a moving novel about the burden of the past and the redemptive power of friendship. Translated into English for the first time, Durian Sukegawa’s beautiful prose is capturing hearts all over the world.

I have discovered that I adore translated Japanese literature, so I was thrilled to find this recommendation from the blog Hopewell’s Public Library of Life. It sounds like a beautiful book about friendship!