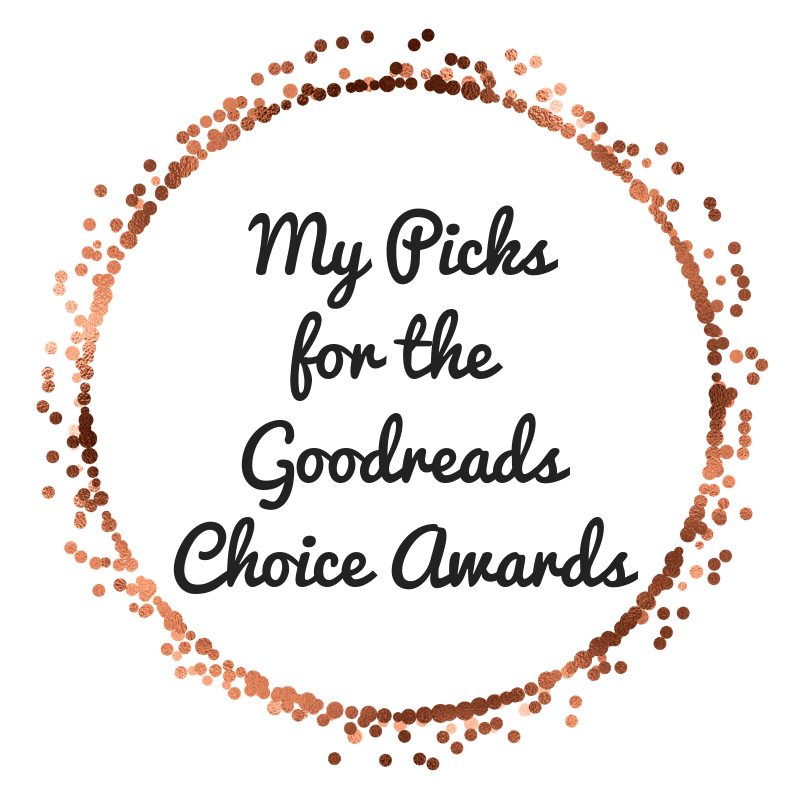 I know I am not the only one who has mixed feelings about the Goodreads Choice Awards, but it is always interesting to see which books are nominated and how many I have read. I also want to guess which book I think will win in each category and see how wrong I am!

I thought it might be interesting to share the book I voted for in each category and the ones that I had read within that category. There are a few categories where I have read none of the books, including SciFi, which makes me sad! I adore SciFi, but I guess I have been neglecting the 2020 releases. There are also a few categories, like Humor or Cookbooks, that I don’t have much interest in, so I will skip those ones!

Of the 15 books nominated for best fiction, I have read five of them- The Midnight Library, My Dark Vanessa, Such a Fun Age, Anxious People, and The Glass Hotel.

I have to say that I adored all of these books and was debating between The Midnight Library, My Dark Vanessa, and Anxious People; however, I would be thrilled if any of those five books win! I ultimately settled on The Midnight Library because of how hopeful it is and it feels like the book we need in 2020.

Many of the others are on my TBR, including Luster, The Girl With the Louding Voice ,and Transcendent Kingdom, all of which I think are real contenders. I am hoping to read Transcendent Kingdom before the next round because I think it has the potential to be my winner!

My Predicted Winner: Such a Fun Age by Kiley Reid. I think it will be close, but Such a Fun Age was a Reese Witherspoon Book Club pick and I feel like a lot of people have read it!

I cannot believe that I have read six of the fifteen books in the Mystery & Thriller category. That is definitely a record for me since they aren’t my preferred genres! The ones I have read are Home Before Dark, The Boy From the Woods, When No One is Watching, The Guest List, The Wives, and The Sun Down Motel.

I almost had to flip a coin to choose between The Sun Down Motel and When No One is Watching. I adored them both, and I may even change my mind by the next round.

The only book I would be disappointed to see win is The Wives. I thought the first half was strong but it then went in a direction that I had some issues with.

The Devil and the Dark Water, Winter Counts, and Long Bright River are all on my TBR!

My Predicted Winner: I think it will be a close call between Home Before Dark by Riley Sager and One by One by Ruth Ware. Both are very popular authors that I know a lot of people love.

Another tough category, but The Pull of the Stars is arguably my favourite book of the year, so I had to vote for it! I also read and loved both The Vanishing Half and Magic Lessons, so it was tough for me not to vote for them. I also read The Jane Austen Society and thought it was a solid read.

I am also currently reading and adoring Hamnet, so there is potential for me to change my mind if it makes it to the next round!

Pretty much all of the other books on the list are on my TBR!

My Predicted Winner: The Vanishing Half by Brit Bennet. So many readers have read and loved this book, and it is even being made into a TV series. It deserves all the love and I will be thrilled if it wins!

I am ashamed to admit that the only book in the Fantasy category that I have read is Crescent City, and I didn’t love it. Many of the others are on my TBR, so hopefully I will read a few before the year is up. I know I will love The City We Became by N.K. Jemisin, and I even have the audiobook. I need to listen to it in November! Piranesi and Black Sun are also high priority for me.

My Predicted Winner: I do think Cresent City will win this category. Sarah J. Maas has many loyal fans!

There were so many amazing books nominated for Best Romance, many of which I have read! It was almost impossible to choose between You Had Me at Hola, The Switch, The Happy Ever After Playlist, Take a Hint Dani Brown, Boyfriend Material, and One to Watch. I absolutely loved them all, but Take a Hint, Dani Brown is the one I find myself recommending the most often.

I have also read In Five Years, but, even though I really loved it, it wasn’t the romance that stood out to me in that book. I’m not sure that calling it a romance is even accurate! In a Holidaze is another book I read and thought it was good but does not hold a candle to some of the other books on the list!

I cannot believe I have read 8 of the 15 books! I have been turning to romance for comfort reads lately, and I am loving every second of it!

My Predicted Winner: Regretting You by Colleen Hoover. So many of the books in this caregory are beloved, so I wouldn’t be surprised to see any of them win; however, I know Colleen Hoover has a dedicated fanbase.

As I previously mentioned, I haven’t read any of the books in the Science Fiction category. To be honest, I have not even heard of most of the books on the list. Of the fifteen books nominated, only three of them are books I am familiar with. I have the audiobook for To Sleep in a Sea of Stars, and it sounds fantastic! The audiobook is over 32 hours long, so it is just a matter of making the time for it.

The two other books are both sequels, Harrow the Ninth and Network Effect. I haven’t read Gideon the Ninth, though I have heard great things, and I am not caught up on the Murderbot series, so it doesn’t feel right to vote for Network Effect, despite how much I loved the first two books.

My Predicted Winner: I have no idea! I don’t know enough about the books in this category to predict a winner.

I knew that I was embracing horror this year, but I never expected that I would have read five books on this list! They were all incredible and I would be happy to see any of them win. The books I read are The Southern Book Club’s Guide to Slaying Vampires, Mexican Gothic, Plain Bad Heroines, Devolution, and The Only Good Indians.

I ultimately voted for Plain Bad Heroines because I love Danforth’s writing and I am in awe of the story that she has woven together. I will share a full review with more of my thoughts soon!

Many of the books on this list are also on my TBR, including The Year of the Witching and The Bright Lands.

My Predicted Winner: If It Bleeds by Stephen King. I hope I am wrong because it is just so predictable and boring, but doesn’t Stephen King win this category every year? I think Mexican Gothic might have a chance, though!

I think this post has gone on long enough! I will post a part two on Wednesday with my thoughts on the nonfiction and YA categories.