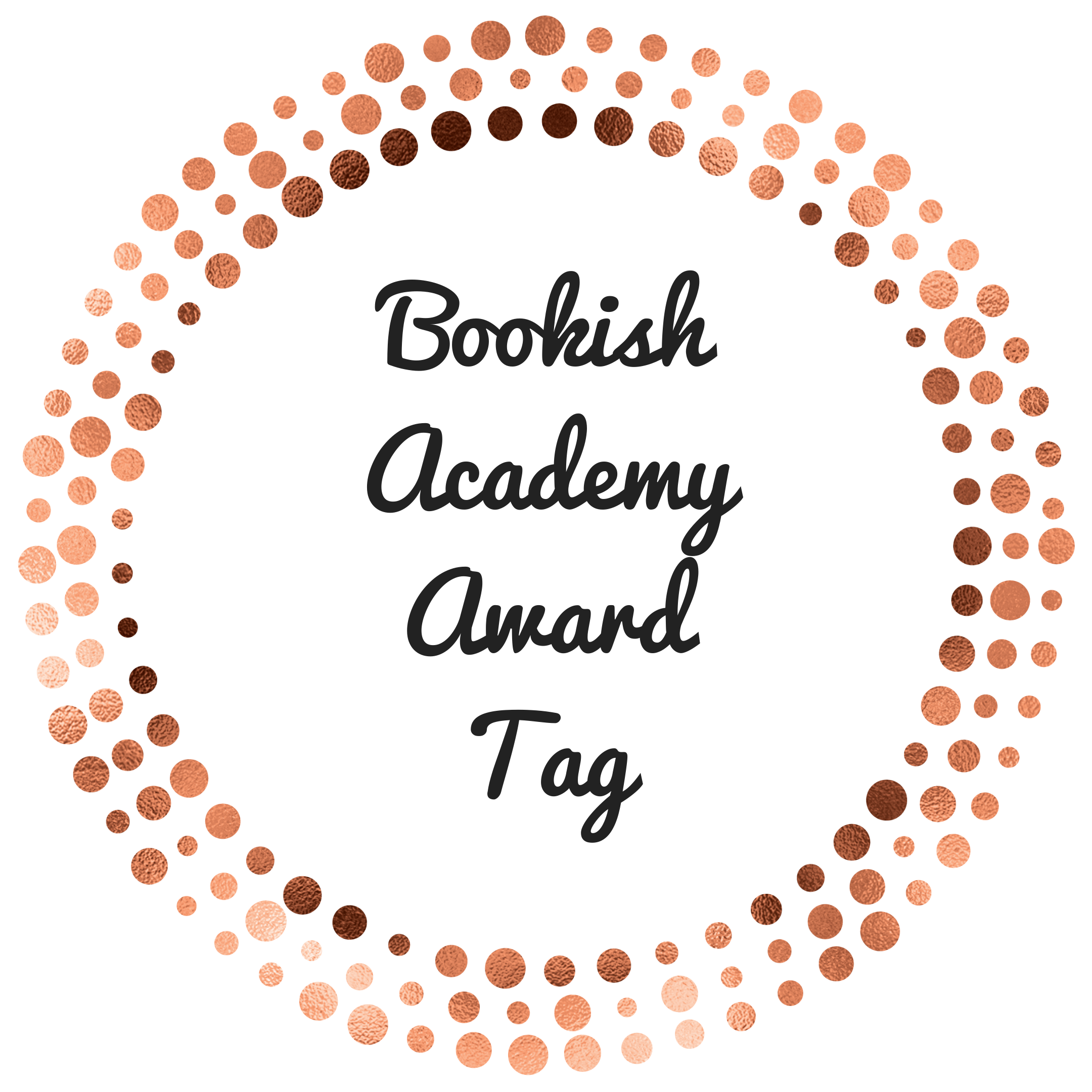 Is anyone else excited about The Oscars? I am not someone who usually watches, but I plan to this year. I think it is because I have seen quite a few of the movies that are nominated, so I feel more invested!

The Oscars are this Sunday, so what better time to do the Bookish Academy Award Tag. I am going to try to use books I read in 2019. I found this on Jasmine’s Reading Blog.

I had quite a few fantastic male protagonists to chose from but in the end I had to go with Loki. I think that anyone who know anything about the character would understand. I love what Gaiman did the the character and it still brings a smile to my face thinking about all of Loki’s antics. This is one of the few books I would reread!

You’d think this would be an impossible choice, but I instantly knew that I had to go with Vivian. She is the one character who has truly stayed with me. I think part of it is because we follow her throughout her life, but it is more than that. She has an air about her that is memorable. It might sound cheesy, but I actually learned a lot self-acceptance from her character. I actually miss her!

I had a hard time with this one because I feel as though are times when knowing that there is going to be a twist is in itself a spoiler. There is one book in particular that I am thinking about and don’t want to ruin the experience of reading it, so we will think of Recursion as the runner-up! You go into a SciFi thriller like Recursion knowing there are going to be twists and turns. This book blew my mind and I never quite knew exactly what was going on it. It was awesome!

I think the cover speaks for itself.

Ansel is the definition of a cinnamon roll. I loved that he had his own moral code, despite everything that he was taught. He makes judgments about people on a person-to-person basis, not based on stereotypes ore preconceived notions of who they are. Such a gem!

In my opinion, Karen was a more compelling character than Daisy Jones. I would love to have had a book all about her life. I thought she had an interesting outlook and I always looked forward to reading her thoughts. I was also more invested in her relationship!

I read a lot of great romances in 2019, but none of them came close to The Bride Test. I appreciated that I became invested in Esme and Khai both as individuals and as a couple. I also liked that their romance is a slow burn and takes some time to develop. They give each other the space to feel comfortable with one another and it never feels forced. So refreshing!

I do not think you will understand why I chose this book until you have read it. It is such a bizarre yet brilliant novel that I can not even begin to describe it to you. There is a character named Dead Papa Toothwort, which makes the book sound ridiculous but it is far from it. The story is so intricately woven and powerful. I just want to shake Max Porter’s hand and pick his brain!

*Best Adapted Screenplay:
“Best Book-to-Movie Adaptation” OR “A book that should be adapted into a film”

This is cheating a bit because Modern Love is a collection of essays that were adapted into a TV series on Amazon Prime. The collection is fantastic and explores all different types of love. Some essays were moving, others were hilarious, and some we downright heartbreaking. The adaptation did an excellent job at capturing all of those emotions. I think I cried during every single episode. I can not wait for more!

*Best Animated Feature:
“A book that would work well in an animated format” OR “Best Graphic Novel” OR “Best Children’s Book”

Hands down. There is not sweeter graphic novel than Heartstopper. I smile just thinking about it. I can not get enough of the sweet romance between Charlie and Nick. There are a lot of great side characters as well!

Best Director:
“A writer you discovered for the first time”

2019 was truly the year of discovery what I love in mysteries and thrillers. The Family Upstairs was one of my favourite mysteries and I have a feeling that I will love anything that Lisa Jewell writes. I discovered a lot of great authors last year, but it’s exciting for me to time a mystery author who I adore!

Milton in Purgatory by Edward Vass

This is such a weird little book and I absolutely adored it. It’s so beautiful and whimsical. I love reading about what other people imagine heaven or purgatory would be like. I wish I was this creative and could write so beautifully. I need to read more of these Fairlight Moderns.

What?! Most of what I read are standalones. How do you even choose. I am going with The Nickel Boys because it just has to make this list at some point. I will read anything that Colson Whitehead writes. This book was so crushing and I think about it all of the time.

If you only read one nonfiction title in 2020 make it The Only Plane in the Sky. It is very difficult but so well-researched and moving. I highly recommend the audiobook.

I decided to go with Shout for best book written in verse. It is nonfiction and really hit close to home. Anderson talks about her life and what it was like to publish Speak. It was shocking to see how much resistance she was met with. As for audiobooks, I have already spoken about my three favourites in this tag- Norse Mythology, Daisy Jones and the Six, and The Only Plane in the Sky.

With the Fire on High by Elizabeth Acevedo

I read a lot of incredible, diverse books in 2019, some of which I have talked about already. I settled on With the Fire on High because it simply deserves an award. It is one of my favourite YA novels ever. Elizabeth Acevedo is incredible and I am counting down the days until Clap When You Land releases.