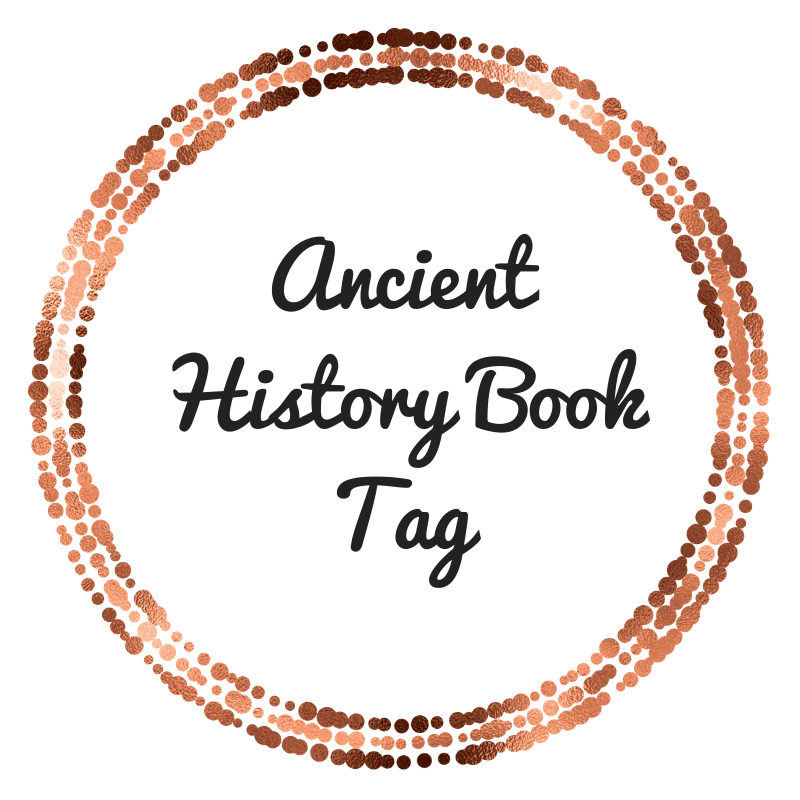 I have always been someone who has been fascinated by history, so I was thrilled when I found this tag on Hayleigh’s blog! The original tag was created by Books Michelle.

The Stone Age: one of the first books you remember reading.

I absolutely loved the Litter Critter pictures books when I was a kid. Apparently my dad would read them to me every night and I had them memorized so he was never able to skip a page. I had quite of few of them but Just Me and My Little Brother is the one that I kept and the one that stands out in my mind because I have a little brother and I guess I felt connected to the story.

Ancient Greece: your favorite myth-inspired book (doesn’t have to be Greek mythology), or retelling.

I have read quite a few myth-inspired/retellings over the last couple of years, but The Silence of the Girls is always the one that stands out in my mind. We all know that story of Achilles, but it was compelling to see the events unfold from a completely different perspective. I also really loved The Song of Achilles by Madeleine Miller. It is interesting to compare the two and is something I would recommend doing!

The Roman Empire: a book featuring an impressive empire or kingdom.

I would say that the Empire in The Poppy War is impressive in the way that R.F. Kuang was able to bring it to life. I was so deeply immersed in this world and their politics and their corruption. The magical elements and the history were also fascinating to me. I can not wait believe I have yet to continue on with the series because it is one of the few fantasy books that I have managed to become invested in.

The Middle Ages, (or the Dark Ages): a book that is an absolute bummer.

If you have read A Little Life you know that describing it as a “bummer” is putting it mildly. This book is one tragedy after another to the point that I almost became desensitized to it because I knew that any glimmer of happiness was going to be short lived. My heart feels heavy just thinking about it.

The Renaissance: a book that you’ve learned a lot from, or that made you think.

I actually just finished The Girl Who Smiled Beads so I will be posting more of my thoughts soon. I went into it expecting to learn more about the Rwandan genocide, which I did, but I came out of it having learned so much more than that. I think that Clemantine Wamariya did an amazing job at providing the reader with a honest look at her experiences as a refugee. She does not sugarcoat anything and never shies away from let us know exactly what she was thinking and feeling at any given moment. I took a lot away from her story and it is something I know I will think about often.

The Industrial Revolution: a book featuring an invention or concept that you would love to have in your own life.

I mean, everything from Harry Potter, but that is too obvious right? There is a lot about the lives of the women in Wild Beauty that I would not wish on my worst enemy, but there is something magical and beautiful about the thought of being able to grow flowers from my hands. I know it is not very practical but I think it is whimsical and charming!

I have so many, but my most recent favourite is Lovely War. It is set during WWI and the Great goddess Aphrodite is one of the narrators. It is a love story, but it is also so much more. The addition of the gods adds such a unique element that made Lovely War, in my opinion, memorable and a standout in the World War historical fiction genre.

Present day: a book everybody should read in present day according to you.

Maybe You Should Talk to Someone has become my go-to answer for questions like this one because everyone will take something different away from it. I always say that everyone would benefit from therapy and I feel the same way about this book. It is more memoir than self help (which I appreciate) but there are still a lot of important takeaways!