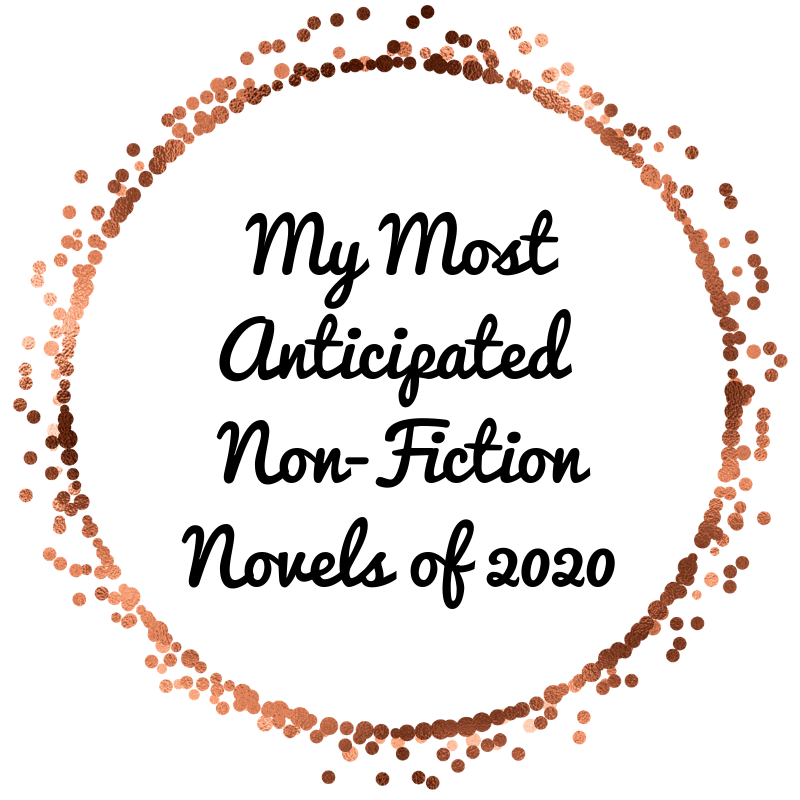 The Splendid and the Vile: A Saga of Churchill, Family, and Defiance During the Blitz by Erik Larson

On Winston Churchill’s first day as prime minister, Adolf Hitler invaded Holland and Belgium. Poland and Czechoslovakia had already fallen, and the Dunkirk evacuation was just two weeks away. For the next twelve months, Hitler would wage a relentless bombing campaign, killing 45,000 Britons. It was up to Churchill to hold his country together and persuade President Franklin Roosevelt that Britain was a worthy ally—and willing to fight to the end.

In The Splendid and the Vile, Erik Larson shows, in cinematic detail, how Churchill taught the British people “the art of being fearless.” It is a story of political brinkmanship, but it’s also an intimate domestic drama, set against the backdrop of Churchill’s prime-ministerial country home, Chequers; his wartime retreat, Ditchley, where he and his entourage go when the moon is brightest and the bombing threat is highest; and of course 10 Downing Street in London. Drawing on diaries, original archival documents, and once-secret intelligence reports—some released only recently—Larson provides a new lens on London’s darkest year through the day-to-day experience of Churchill and his family: his wife, Clementine; their youngest daughter, Mary, who chafes against her parents’ wartime protectiveness; their son, Randolph, and his beautiful, unhappy wife, Pamela; Pamela’s illicit lover, a dashing American emissary; and the advisers in Churchill’s “Secret Circle,” to whom he turns in the hardest moments.

The Splendid and the Vile takes readers out of today’s political dysfunction and back to a time of true leadership, when, in the face of unrelenting horror, Churchill’s eloquence, courage, and perseverance bound a country, and a family, together.

Why? I have been wanting to read something from Erik Larson for years. Almost every nonfiction recommendation list includes one of his books. The Splendid and the Vile might just be the book that finally convinces me. Churchill is a fascinating person to me and I am curious to learn more about that time from a British perspective.

Lady in Waiting: My Extraordinary Life in the Shadow of the Crown by Anne Glenconner 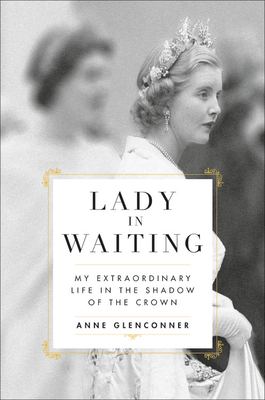 Lady Anne Glenconner has been at the center of the royal circle from childhood, when she met and befriended the future Queen Elizabeth II and her sister, the Princess Margaret. Though the firstborn child of the 5th Earl of Leicester, who controlled one of the largest estates in England, as a daughter she was deemed “the greatest disappointment” and unable to inherit. Since then she has needed all her resilience to survive the vipers of court life with her sense of humor intact.

A unique witness to landmark moments in royal history, Maid of Honor at Queen Elizabeth’s coronation, and a lady in waiting to Princess Margaret until her death in 2002, Lady Anne’s life has encompassed extraordinary drama and tragedy. In Lady in Waiting, she will share many intimate royal stories from her time as Princess Margaret’s closest confidante as well as her own battle for survival: her broken-off first engagement on the basis of her “mad blood”; her 54-year marriage to the volatile, unfaithful Colin Tennant, Lord Glenconner, who left his fortune to a former servant; the death in adulthood of two of her sons; a third son she nursed back from a six-month coma following a horrific motorcycle accident. Through it all, Lady Anne has carried on, traveling the world with the royal family, including visiting the White House, and developing the Caribbean island of Mustique as a safe harbor for the rich and famous-hosting Mick Jagger, David Bowie, Raquel Welch, and many other politicians, aristocrats, and celebrities.

With unprecedented insight into the royal family, Lady in Waiting is a witty, candid, dramatic, at times heart-breaking personal story capturing life in a golden cage for a woman with no inheritance.

Why? Of all of the books on this list, Lady in Waiting is probably the book that I am most excited about. The Crown is one of my all time favourite TV series, and I have a fascination with anything royal. The position of lady in waiting is fascinating to me and I am curious to see the royal family from Anne’s perspective.

I Want You to Know We’re Still Here: A Post-Holocaust Memoir by Esther Safran Foer

A riveting memoir of family, the Holocaust, and the search for truth

Esther Safran Foer grew up in a home where the past was too terrible to speak of. The child of parents who were each the sole survivors of their respective families, for Esther the Holocaust loomed in the backdrop of daily life, felt but never discussed. The result was a childhood marked by painful silences and continued tragedy. Even as she built a successful career, married, and raised three children, Esther always felt herself searching.

So when Esther’s mother casually mentions an astonishing revelation–that her father had a previous wife and daughter, both killed in the Holocaust–Esther resolves to find out who they were, and how her father survived. Armed with only a black-and-white photo and a hand-drawn map, she travels to Ukraine, determined to find the shtetl where her father hid during the war. What she finds reshapes her identity and gives her the opportunity to finally mourn.

I Want You to Know We’re Still Here is the poignant and deeply moving story not only of Esther’s journey but of four generations living in the shadow of the Holocaust. They are four generations of survivors, storytellers, and memory keepers, determined not just to keep the past alive but to imbue the present with life and more life.

Why? I have read many Holocaust memoirs, but never from the perspective of a child of Holocaust survivors. I can not begin to imagine what that would have been like and how the trauma is passed down from generation to generation. Esther’s story sounds like it is going to be heartbreaking and powerful.

Sign, Gone: A Misfit’s Memoir of Great Books, Punk Rock, and the Fight to Fit In by Phuc Tran 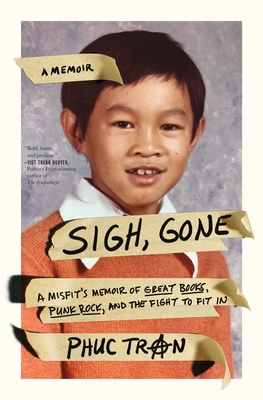 For anyone who has ever felt like they don’t belong, Sigh, Gone shares an irreverent, funny, and moving tale of displacement and assimilation woven together with poignant themes from beloved works of classic literature.

In 1975, during the fall of Saigon, Phuc Tran immigrates to America along with his family. By sheer chance they land in Carlisle, Pennsylvania, a small town where the Trans struggle to assimilate into their new life. In this coming-of-age memoir told through the themes of great books such as The Metamorphosis, The Scarlet Letter, The Iliad, and more, Tran navigates the push and pull of finding and accepting himself despite the challenges of immigration, feelings of isolation, and teenage rebellion, all while attempting to meet the rigid expectations set by his immigrant parents.

Appealing to fans of coming-of-age memoirs such as Fresh Off the Boat, Running with Scissors, or tales of assimilation like Viet Thanh Nguyen’s The Displaced and The Refugees, Sigh, Gone explores one man’s bewildering experiences of abuse, racism, and tragedy and reveals redemption and connection in books and punk rock. Against the hairspray-and-synthesizer backdrop of the ‘80s, he finds solace and kinship in the wisdom of classic literature, and in the subculture of punk rock, he finds affirmation and echoes of his disaffection. In his journey for self-discovery Tran ultimately finds refuge and inspiration in the art that shapes—and ultimately saves—him.

Why? That subtitle was all I needed to read for me to add this book to my TBR. This is one of those memoirs that seems as though it will read as fiction- something I love! The synopsis says that it is told through the themes of great books such as The Metamorphosis, The Scarlet Letter, The Iliad, and more. I am not really sure what that means, but I am intrigued.

12 thoughts on “My Most Anticipated Non-Fiction Books of 2020”