Only Human by Sylvain Neuvel

Surprise, surprise… I was correct and Only Humans was indeed a five star read! I have gushed and gushed about my love for this series and I personally could not have been happier with how it concluded. That said, I have seen mixed reviews. I think that may be because Only Human seems like a bit of a departure from the other two books in the series- it is more political and has less action. I thought that was brilliant and that Sylvain Neuvel had a lot of important things to say. Can’t wait to read more from him!

According to Goodreads, I gave Dark Matter four stars! While I really enjoyed this fast-paced SciFi, I think that it was so hyped that it was almost impossible for it to live up to. Where it fell a little short for me was the ending.. not at all what I expected or was hoping for! Other than that I loved it. I had never read such a mind-bending novel, that is until I read his latest release, Recursion. That one was for sure a five star read for me!

Circe is another book that ended up being a four star read for me! While I absolutely adored it, and Circe as a character in particular, there were moments where I felt that the story dragged. Overall, I thought it was brilliant and Circe has become one of my favourite characters. I love that even though she is immortal, there is still a sense of humanity to her and she possesses so many human-like emotions. I need more Madeline Miller retellings in my life ASAP!

I didn’t even have to check Goodreads to know that I rated Starfish five stars! It is one of my favourite YA novels of all time! I recently wrote a post about my love for books that feature art in some way, and Starfish is the book that inspired me and made me realize just how much I love that niche. The main character, Kiko, goes through so much and she turns to art for comfort. There is so much to love about this book, even though it is so heartbreaking that it can be difficult to read at times. I am so looking forward to reading Bowman’s other novel, Summer Bird Blue.

Bookworm: A Memoir of Childhood Reading by Lucy Mangan 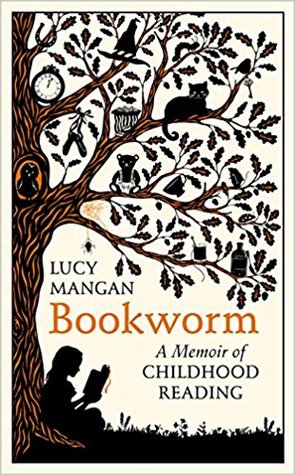 Now we have come to the one book on this list that I started, but I had to put down, at least for now. I thought that Bookworm would be a book that I love simply because it is a love letter to books and reading. I hadn’t realize before picking it up that it was UK-centric. For that reason, I have not read a lot of the books that she talks about and, therefore, the nostalgia factor that made this memoir appealing to me is lost. Who knows, I may return to it one day and absolutely love it! It just was not the book that I was looking for at the time.

So that is it! I am actually proud of myself that I managed to pick up all of these books. I am such a mood reader so my reading is very unpredictable. I need to make the books that I mentioned in my first post a priority!

I am also happy that two of the books were five stars, and two were four stars but probably closer to 4.5! I would call that a success!

Have you read any of these books? Were they five stars?