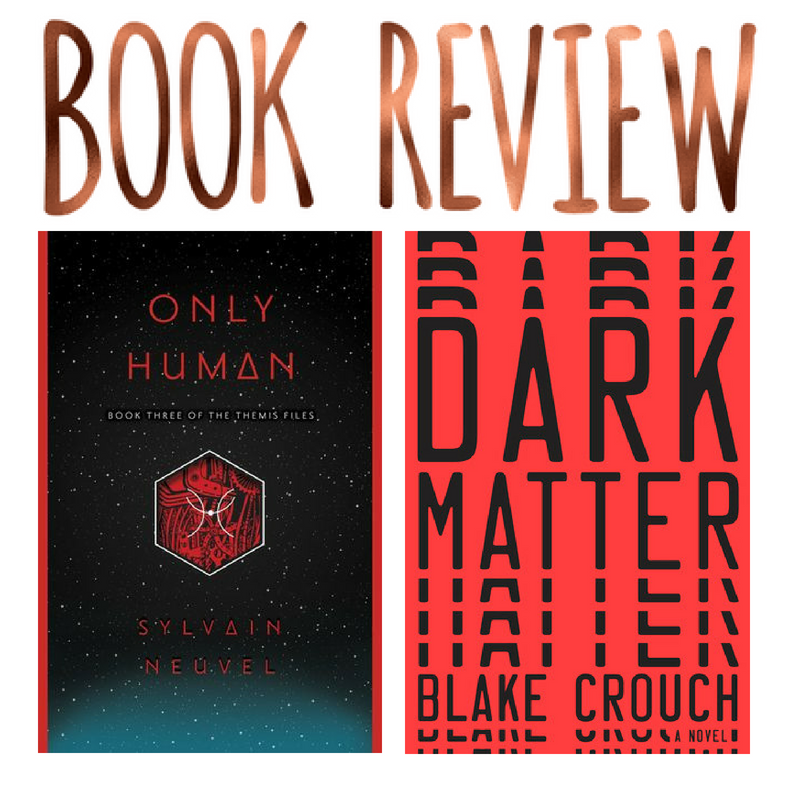 In her childhood, Rose Franklin accidentally discovered a giant metal hand buried beneath the ground outside Deadwood, South Dakota. As an adult, Dr. Rose Franklin led the team that uncovered the rest of the body parts which together form Themis: a powerful robot of mysterious alien origin. She, along with linguist Vincent, pilot Kara, and the unnamed Interviewer, protected the Earth from geopolitical conflict and alien invasion alike. Now, after nearly ten years on another world, Rose returns to find her old alliances forfeit and the planet in shambles. And she must pick up the pieces of the Earth Defense Corps as her own friends turn against each other.

I have reviewed the other two books in the series, Sleeping Giants and Waking Gods, when I first started my blog. The Themis Files has become my favourite series (after Harry Potter of course!) and I am so happy to say that the final book did not disappoint. I was worried that the story would not be the same without my favourite character (the interviewer) but new character, Katherine, was introduced and she added a lot to the story.

Only Human is the only book in the series where part of the story takes place on another planet, and I loved reading those sections! This strange planet was so different from our own. It was interested to read about the aliens customs, animals, language, etc. Neuvel created his own alien language and it was brilliant!

I appreciated that Only Human delves more in to current world issues than the other books in the series. There is a focus on race relations, Islamophobia, the conditions of refugee camps, etc.

There is a lot less action in Only Humans, but I personally did not find that I missed it.

In the end, most of the questions that I had were answered, and I was satisfied! I actually shed a tear when I closed the book because I was sad to see my favourite story come to an end. I cannot wait to see what Sylvain Neuvel writes next!

“Are you happy with your life?”

Those are the last words Jason Dessen hears before the masked abductor knocks him unconscious.

Before he awakens to find himself strapped to a gurney, surrounded by strangers in hazmat suits.

Before a man Jason’s never met smiles down at him and says, “Welcome back, my friend.”

In this world he’s woken up to, Jason’s life is not the one he knows. His wife is not his wife. His son was never born. And Jason is not an ordinary college physics professor, but a celebrated genius who has achieved something remarkable. Something impossible.

Is it this world or the other that’s the dream? And even if the home he remembers is real, how can Jason possibly make it back to the family he loves? The answers lie in a journey more wondrous and horrifying than anything he could’ve imagined—one that will force him to confront the darkest parts of himself even as he battles a terrifying, seemingly unbeatable foe.

From the author of the bestselling Wayward Pines trilogy, Dark Matter is a brilliantly plotted tale that is at once sweeping and intimate, mind-bendingly strange and profoundly human—a relentlessly surprising science-fiction thriller about choices, paths not taken, and how far we’ll go to claim the lives we dream of.

If you love mind-blowing books that keep you on the edge of your seat the ENTIRE time than this is the book for you! A lot of the science fiction that I read has to do with space and aliens, so Dark Matter was out of my comfort zone. I am so happy that I gave this book a chance because I absolutely loved it!

Dark Matter is so fast-paced and I hated having to put it down. When I was not reading it, I was thinking about it. I needed to know what the heck was going on!

There was a lot of science talk that I did not fully grasp, but I do not think that you need to in order to enjoy the story and ultimately understand what was happening in the end.

The writing is simple and nothing special, but it didn’t need to be for this story to work.

The only part I am not so sure about is the ending, I completely understand why it ended that way but I guess I was hoping for something different.

All in all, Dark matter was exciting and brilliant! So many twists and turns that I never would have predicted. Pick this up if you are looking for something that you can read quickly, will have your heart racing, and put your brain to work!

A year ago I never would have thought that I would become such a huge fan of Science Fiction novels! I only picked up The Themis Files because of my fellow bloggers and I will always be grateful for that. If you are looking to get in to the genre either of these books are a great place to start!

If you know any book that is similar to Dark Matter please let me know in the comments.