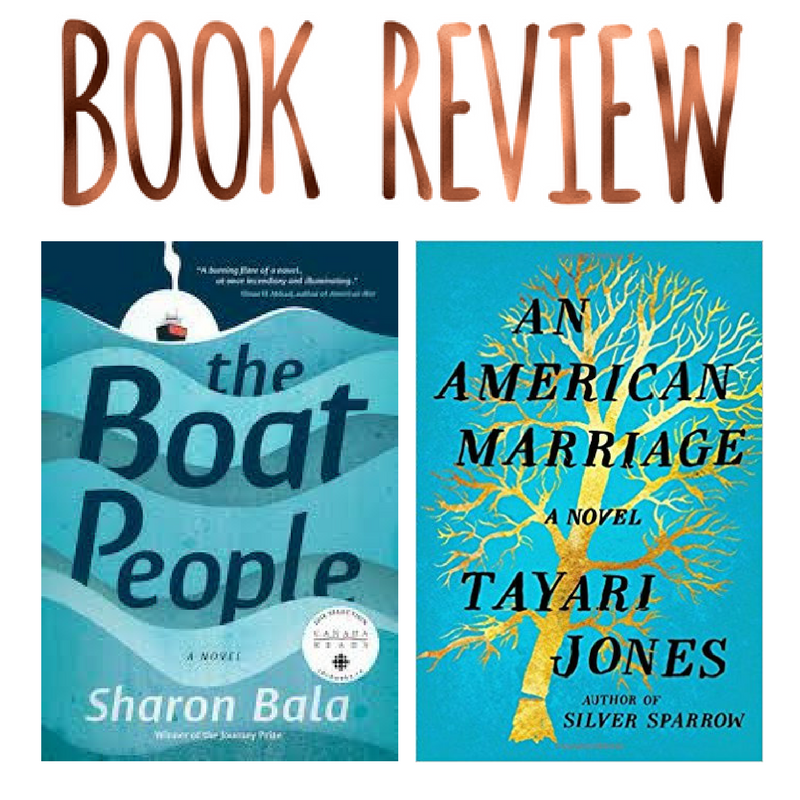 The Boat People by Sharon Bala 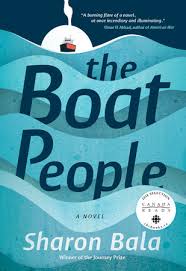 Goodreads Summary– When a rusty cargo ship carrying Mahindan and five hundred fellow refugees from Sri Lanka’s bloody civil war reaches Vancouver’s shores, the young father thinks he and his six-year-old son can finally start a new life. Instead, the group is thrown into a detention processing center, with government officials and news headlines speculating that among the “boat people” are members of a separatist militant organization responsible for countless suicide attacks—and that these terrorists now pose a threat to Canada’s national security. As the refugees become subject to heavy interrogation, Mahindan begins to fear that a desperate act taken in Sri Lanka to fund their escape may now jeopardize his and his son’s chance for asylum.

Told through the alternating perspectives of Mahindan; his lawyer, Priya, a second-generation Sri Lankan Canadian who reluctantly represents the refugees; and Grace, a third-generation Japanese Canadian adjudicator who must decide Mahindan’s fate as evidence mounts against him, The Boat People is a spellbinding and timely novel that provokes a deeply compassionate lens through which to view the current refugee crisis.

Even though Bala takes on a difficult and important topic, I found her writing to be very readable and accessible, which I greatly appreciated. There is a lot of political conversation in this story but I was never confused or left scratching my head. Her writing is simple, yet beautiful and effective. The one problem that I had with the writing, was the fact that there were no quotations around dialogue and conversation. I found that to be quite confusing and I am not sure why that choice was made.

There were a lot of characters in this book and I felt that the majority of them served a purpose. The story is told from the perspective of three different characters- Mahindan- a refugee, Priya- his lawyer, and Grace- an adjudicator who decides the fates of the refugees. Each of them have a completely different outlook on the situation, and I thought it was a great representation of the real world. Mahindan’s perspective was definitely my favourite and I appreciated that his chapters also had flashbacks to what life was like in Sri Lanka.

The Boat People is loosely based on a true story. I am embarrassed to admit that I am a Canadian and I had no idea that ship carry 500 Tamil refugees was intercepted off the coast of British Colombia in 2010. I have since done some research on the aftermath, and I appreciate The Boat People for opening my eyes. This is a story that will stay with me for a long time, and was an important look in to not only the refugee experience, but also all the politics that goes on behind the scenes.

Yes! I think if the synopsis appeals to you in anyway that it is worth picking up. I was surprised by how quickly I read this book, how much I learned, and how much I enjoyed it.

An American Marriage by Tayari Jones 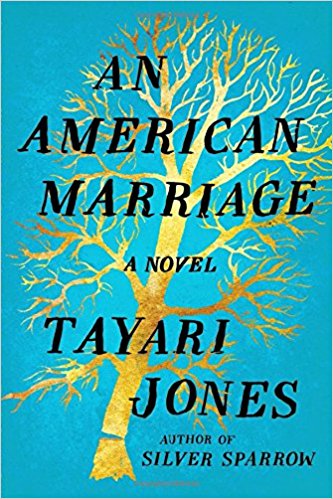 Goodreads Summary– Newlyweds Celestial and Roy are the embodiment of both the American Dream and the New South. He is a young executive, and she is an artist on the brink of an exciting career. But as they settle into the routine of their life together, they are ripped apart by circumstances neither could have imagined. Roy is arrested and sentenced to twelve years for a crime Celestial knows he didn’t commit. Though fiercely independent, Celestial finds herself bereft and unmoored, taking comfort in Andre, her childhood friend, and best man at their wedding. As Roy’s time in prison passes, she is unable to hold on to the love that has been her center. After five years, Roy’s conviction is suddenly overturned, and he returns to Atlanta ready to resume their life together.

Part of American Marriage is told through letters exchanged between Roy and Celestial while he is in prison, and I have to say that that was my favourite part. You could really hear their unique voices through the letters and it was interesting to see the tone change over time.

Initially I truly was invested in the characters and their relationship, but unfortunately, that feeling fading as I kept on reading. Roy and Celestial lacked the ability to see things from each other’s point of view, and it was extremely frustrating to read. These are not likable characters, which I do not mind, but if you need to love the characters to enjoy a story than I would not recommend this one! A lot of the decisions that were made, especially at the end, made me want to scream! I also was not a fan of Andre, and could have done without his perspective!

I really loved the first half of the novel as the focus was on the injustices that occur in the American justice system. I thought Jones’ did an excellent job of highlighting how many people are affected when a person is convicted of a crime that they did not commit. The story starts to fall apart for me in the second half when the characters made ridiculous decisions and the reader is never told the motivations behind these choices.

I have mixed feelings about this book. I think that it has an important story to tell but loses itself in the end. I think this is one that I would recommend checking out from the library!

Thank you to Penguin Random House Canada for sending me a copy of The Boat People i exchange for an honest review.

15 thoughts on “Mini Reviews: The Boat People & An American Marriage”