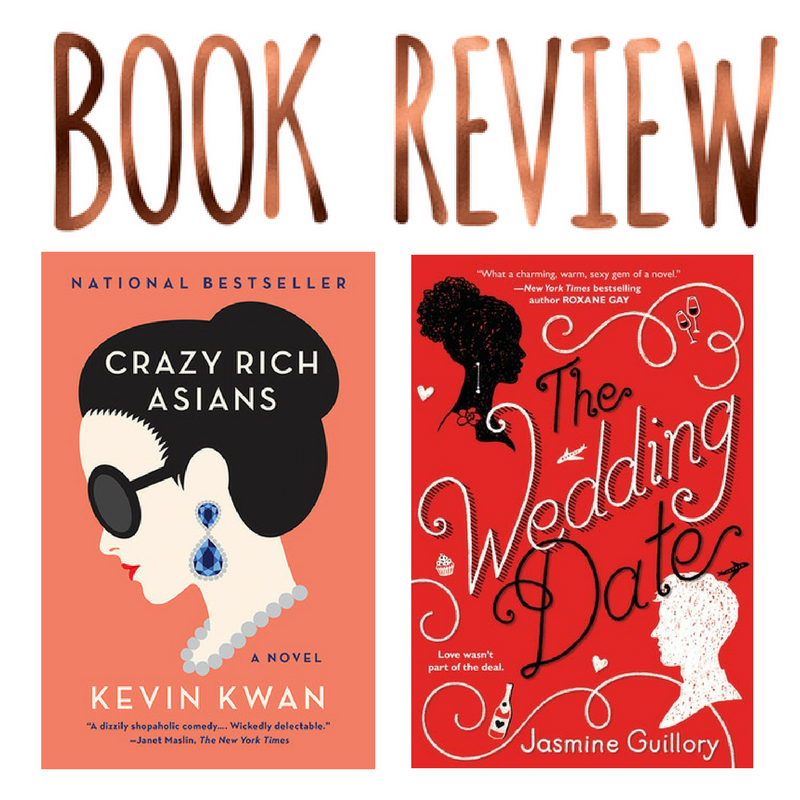 There is something about February and Valentine’s Day that makes me want to read Adult Contemporary/Romance. I have read two such books so far this month, and they were both really great. I thought it might be fun to review them in one post, since I think they would be great books to read this Valentine’s Day!

Goodreads Summary– When Rachel Chu agrees to spend the summer in Singapore with her boyfriend, Nicholas Young, she envisions a humble family home, long drives to explore the island, and quality time with the man she might one day marry. What she doesn’t know is that Nick’s family home happens to look like a palace, that she’ll ride in more private planes than cars, and that with one of Asia’s most eligible bachelors on her arm, Rachel might as well have a target on her back. Initiated into a world of dynastic splendor beyond imagination, Rachel meets Astrid, the It Girl of Singapore society; Eddie, whose family practically lives in the pages of the Hong Kong socialite magazines; and Eleanor, Nick’s formidable mother, a woman who has very strong feelings about who her son should–and should not–marry. Uproarious, addictive, and filled with jaw-dropping opulence, Crazy Rich Asians is an insider’s look at the Asian JetSet; a perfect depiction of the clash between old money and new money; between Overseas Chinese and Mainland Chinese; and a fabulous novel about what it means to be young, in love, and gloriously, crazily rich.

I loved that this book was set in Singapore. It is so rich with culture, and makes for a great backdrop to the story. Kwan did a fantastic job of transporting me to Singapore and now it is definitely a place I would to visit.

Crazy Rich Asians is definitely satire, and it had its moments where it was absolutely hysterical. I loved the use of Taiwanese swear words and insults- it really added to the humour. It was almost like reading a soap opera, and it was just plain fun to read. It manages to have some depth while remaining light-hearted.

Large and Dynamic Cast of Characters

There were so many characters in Crazy Rich Asians and each single one of them was dynamic, and interesting. I was worried that I would start to get everyone confused, but they each stood out. There were some characters I loved, some I hated, and some that I was conflicted about. While the story was amusing and fun to read, it was the characters that shined for me!

The addition of footnotes was a really nice touch. They made it apparent that the author has a connection to this culture. The footnotes really added to the humour, so if you decide to read this book, do not skip them!

I liked the ‘twist’ ending but I wish that it was a little bit more fleshed out! It resolved too quickly for me, and that just did not seem realistic. I am hoping that it is explored more in the next book!

“Doing nothing can sometimes be the most effective form of action.”

“Perfection comes at a sacrifice,”

“What is this, Harry Potter?” Nick sniggered. “That’s what you just sounded like. Yes, I am aware that even now dark forces are trying to sabotage me,” 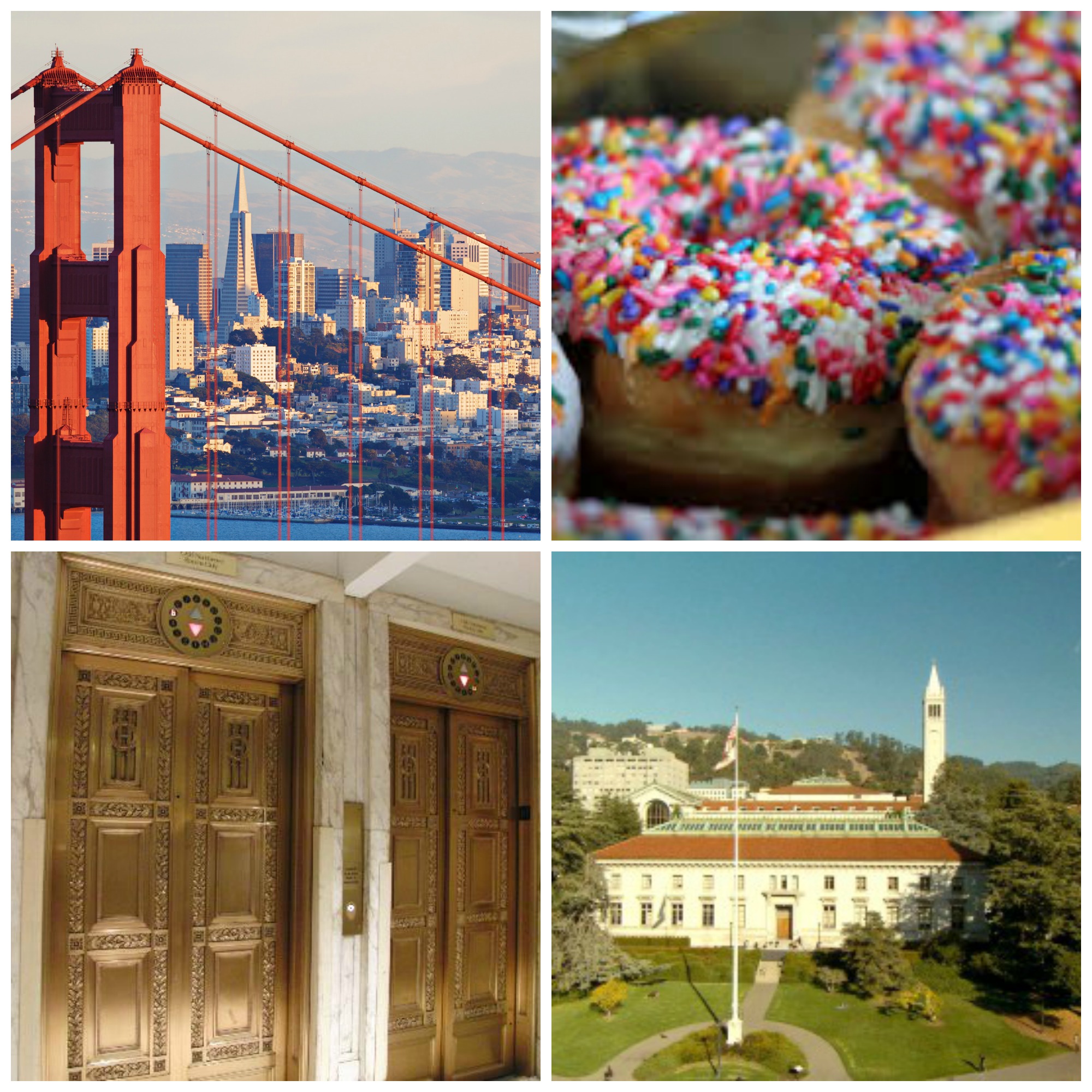 Goodreads Summary– A groomsman and his last-minute guest are about to discover if a fake date can go the distance in a fun and flirty debut novel.

Agreeing to go to a wedding with a guy she gets stuck with in an elevator is something Alexa Monroe wouldn’t normally do. But there’s something about Drew Nichols that’s too hard to resist.

On the eve of his ex’s wedding festivities, Drew is minus a plus one. Until a power outage strands him with the perfect candidate for a fake girlfriend…

After Alexa and Drew have more fun than they ever thought possible, Drew has to fly back to Los Angeles and his job as a pediatric surgeon, and Alexa heads home to Berkeley, where she’s the mayor’s chief of staff. Too bad they can’t stop thinking about the other…

What is it about this trope that is so appealing? I just love to watch the transition from a fake relationship to realizing that your feelings are real, and how to go about navigating that! It adds a lot of tension, and makes for an interesting read.

These characters eat so much, and so often, that it made me realize how characters in other books never seem to eat! I loved all the talk about doughnuts, burgers, tacos, ice cream, etc etc. For some reason it made the characters more relatable, and in turn, made me more invested in their relationship.

I want to point out that if you do not like stories where the plot could have been solved through communication than this book may not be for you. I will say that that is something I normally do not like, but in this book it worked! Their miscommunication and insecurities felt natural, and they are hang ups that I believe a lot of people have in relationships. The way their love affair began, it would make sense that they would be second guessing themselves and their feelings. Their love story is one that I believe could happen in the real world, and I appreciated that so much.

Alexa is black, and Drew is white, and it was refreshing to read about an interracial relationship. The Wedding Date explores this type in a relationship in a way that felt authentic. Drew saw things in a new light, and Alexa taught him a lot regarding racism that he was oblivious too.

I am not someone who normally reads or enjoys sex scenes, but The Wedding Date was an exception. I felt that it was mutually respectful, and safe sex was explicitly stated. It was so refreshing and really steamy!

The title of this book does not do it justice. All I could think about is the movie The Wedding Date, which really does have a similar premise, though I much preferred this story. The wedding is such a small part of the story, and I think that it might have benefited from a different title.

“She glanced up at the ornate clock over the bar, surprised at how late it had gotten. And how much she didn’t want this night to end. Damn it, it had been fun to be Drew’s fake girlfriend, but she knew that once the clock struck midnight, so to speak, the fairy tale would be all over.”

Thank you to Penguin Random House Canada for sending me a copy of The Wedding Date in exchange for an honest review.

I would love to hear your thoughts on these two wonderful and charming book! Do you read contemporary/romance this time of year? What are your recommendations?